'We are freaks': Tyson, Jones ready for 'real fight' 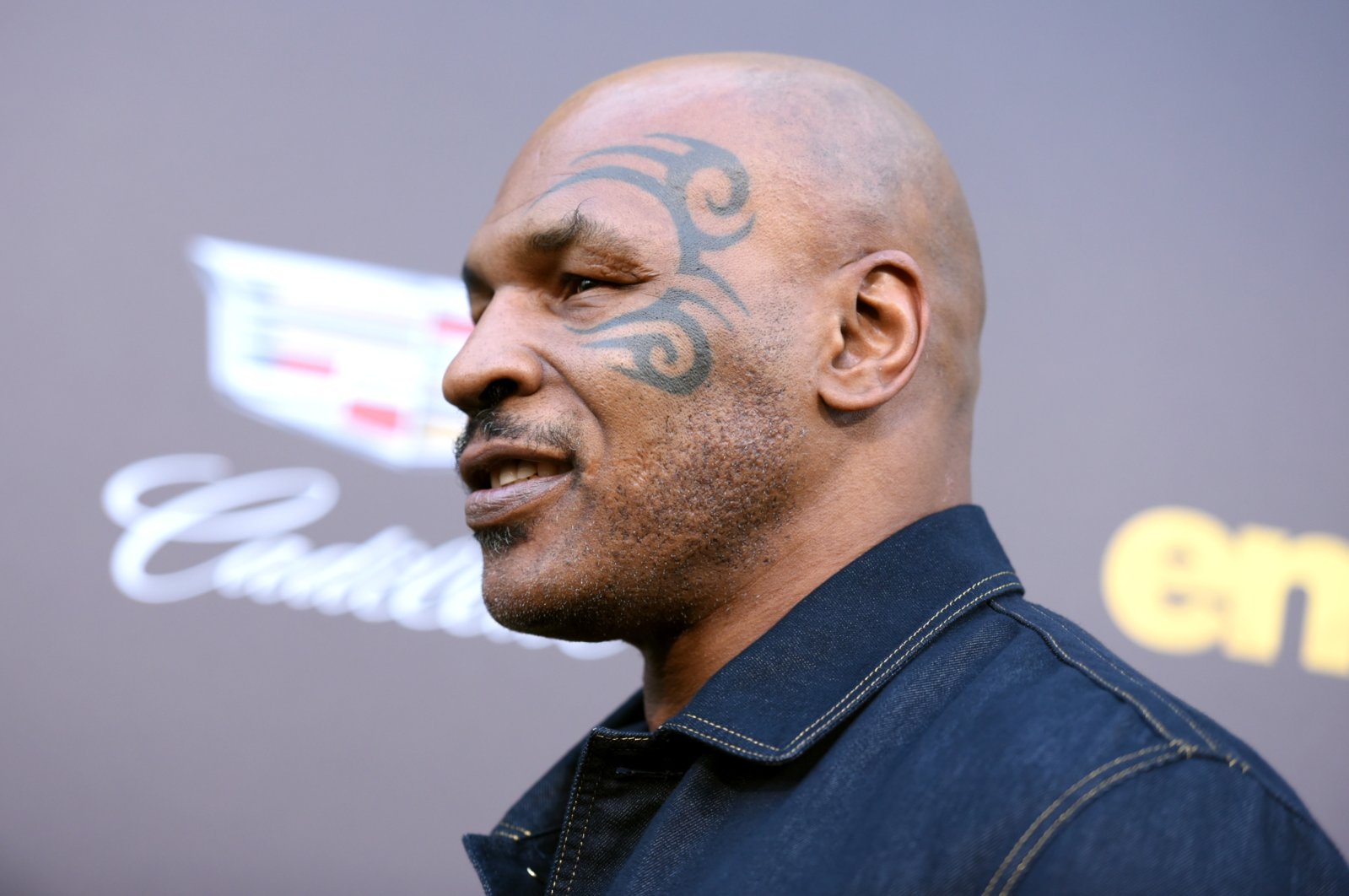 Mike Tyson and Roy Jones Jr. insisted Thursday they are preparing for a bruising battle when the two fifty-something fighters face each other in an eight-round exhibition bout in Los Angeles.

Former world heavyweight champion Tyson, 54, will be fighting for the first time in 15 years when he meets four-division world champion Jones, 51, at the Staples Center on Nov. 28.

While the California State Athletic Commission-sanctioned event has been dismissed as a "circus act" in some quarters, Tyson and Jones bristled at criticism the pay-per-view fight would not be a legitimate contest.

Jones, whose last fight came in 2018 with a unanimous decision over cruiserweight Scott Sigmon, also rejected the fight's exhibition tag, while describing himself and Tyson as "freaks."

"The last guy that tried an exhibition with Mike Tyson got dropped in the first round," Jones said.

"When I came along, at 32 years old you were considered an old guy ... but we're freaks – that's why this is such a big thing."

Both fighters were also unhappy with the decision to use two-minute rounds, saying they would have preferred to fight with the longer three-minute rounds.

"I'm sure they have their reasons for doing it," Tyson said.

"But you know, women fight for two minutes. But I guess the commission has a bigger influence than I do. I'm just happy that we're doing it."

Jones was more critical. "I'm not happy at all," Jones said.

"That's for women. Why we doing two-minute rounds? We're two of the best to ever do it. Two minutes doesn't do anything for me or him."

Momentum for a Tyson comeback gathered pace earlier this year after video footage showed the man who terrorized the heavyweight scene from 1986 to 1990 looking lean and sharp during a workout.

"I'm really happy with everything I've been doing. It's just total confidence and self-affirmation. It's amazing. I'm just ready to do this stuff."

Tyson added he had also instructed his sparring partners not to hold back.

"I'm the only boss. And if you don't kick my ass you're fired. So that's how sparring's going," Tyson said.

Jones, meanwhile, said he was preparing for the fight with the same intensity of any other bout in his career.

"Honestly, you'd have to be a fool not to," Jones said.

"Going into the ring with one of the most dangerous men to ever grace the boxing ring. One of the hardest punchers in heavyweight history, the youngest heavyweight champion of all time. You going to not prepare? Are you crazy? You should prepare just as hard as the last time you went in the ring."

Jones said he had not planned on fighting again, but described the opportunity to face Tyson as too good to turn down.

"I thought I was done," Jones said. "When I got the call from my team saying 'Mike Tyson wants to fight you' – that's bucket-list material.

"Everywhere I go in life, people ask me 'Hey, did you ever fight Mike Tyson?' Now I don't have to say 'No' no more."

Tyson, meanwhile, insisted he would bear no resemblance to the man who was knocked out by Irish journeyman Kevin McBride in his last fight at Washington in 2005 at the age of 38.

"I dreaded being in the ring at that time," Tyson said.

"I was fighting for financial purposes. I was on drugs back then. I was a whole different person.

"That guy back then in Washington DC was just a ghost of me. I'm ready to do this stuff. I feel really great and I want the world to see how great I look."