With Open victory, Morikawa excels in another major examination 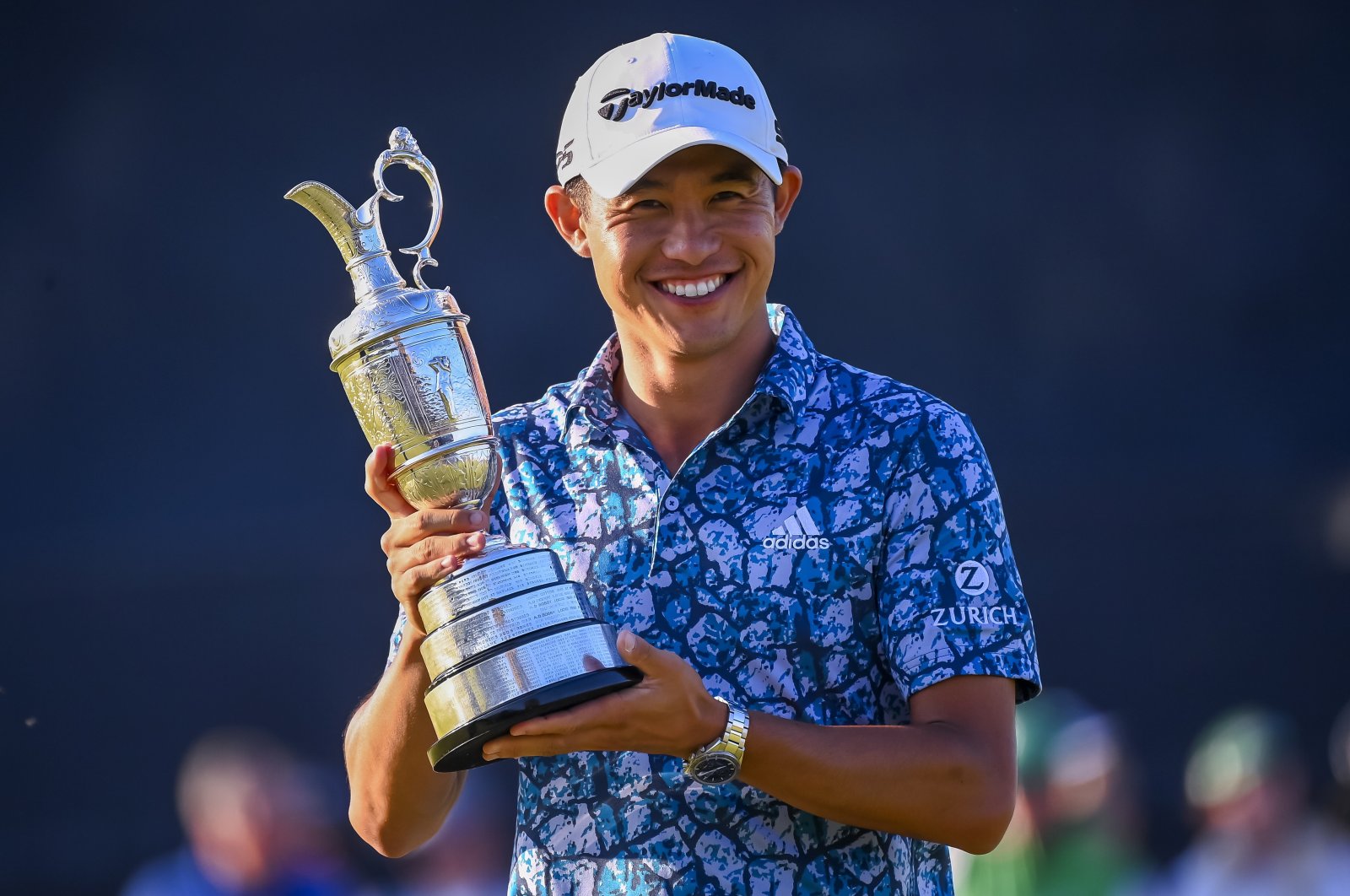 Collin Morikawa displayed ice-cold veins as he produced a flawless round of 66 to win the British Open at his first attempt on Sunday.

The 24-year-old American set up his bid for a second major title with three successive birdies from the seventh as his playing partner Louis Oosthuizen, the overnight leader, wilted in the baking sunshine.

Morikawa never wavered over the closing holes, making four rock-solid pars in a row to finish on 15 under par.

"I'm glad I look calm because the nerves are definitely up there," Morikawa told reporters.

"But you channel these nerves into excitement and energy, and that puts you away from like a fear factor into this is something I want.

"You can't worry about the score. I had to worry about every shot. Can I execute every shot to the best of my ability? Some we did, some we didn't, and then you move on."

It was a remarkable display of composure from world number four Morikawa, who has looked destined for the very top from the start of his fledgling career.

He turned professional in 2019 and won his sixth PGA Tour event on the way to making 22 consecutive cuts, the second-longest streak at the start of a career after Tiger Woods with 25.

Morikawa was playing only his second major when he triumphed in the 2020 PGA Championship at the age of 23, shooting a final-round 64 to become the third-youngest player to win the tournament.

Morikawa put together rounds of 67, 64, 68 and 66 at Royal St George's and he spoke all week of how he had benefited from playing in last week's Scottish Open.

Although he finished a lowly 71st in the tournament, he found the experience invaluable, learning vital lessons about playing on courses very different to the ones on the U.S. PGA Tour.

"I've had belief in myself since turning pro that I can do it," he said.

"When it's coming to these tournaments, courses and styles that I have never played, I do my homework Monday to Wednesday to know what I need to do."

Morikawa received a glowing accolade from compatriot Jordan Spieth, who finished two shots behind him as British Open runner-up.

"I don't think there's anything I need to even say about it that hasn't already been talked about or that he's certainly proven," Spieth told reporters.

"He swings the club beautifully, gets it in positions that make it very, very difficult to not start the ball online, so therefore he's going to be very consistent tee to green."