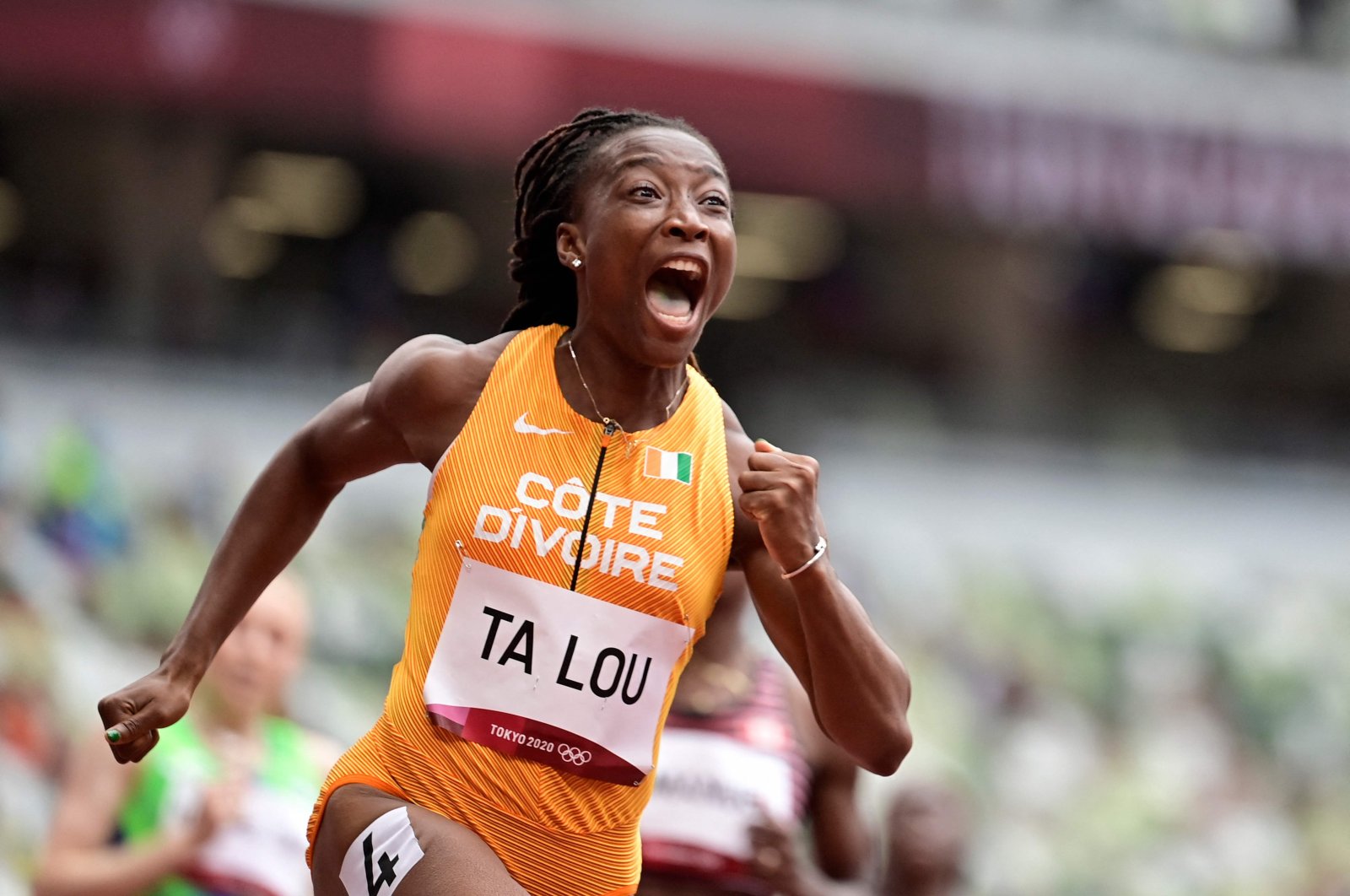 The opening day of the Tokyo 2020 Athletics program is supposed to be little more than a warmup for athletes. However, the event turned into a show-off when the Olympic 100-meter women sprinters delivered a series of scorching practice times, suggesting bigger things to come when the medals are at stake.

It was slightly surreal to hear the crack of the 100-meter starting pistol accompanied by virtual silence due to the audience ban, instead of the usual explosive roar. Still, the first day of the Olympics' number one sport still managed to deliver something of a buzz.

The varied seat colors took the visual edge off the sad sight of the huge but largely deserted stadium. Pockets of teammates and officials, the stadium announcer and the background hum of scores of TV commentators getting loudly excited in the full spectrum of languages, helped create an atmosphere.

There is always a frisson around the 100 meters. Defending champion Elaine Thompson-Herah showed that she was not going to hand over the titles to compatriot Shelly-Ann Fraser-Pryce when she posted a hugely impressive 10.82 seconds while easing up, compared to Fraser-Pryce's 10.84.

Marie-Josee Ta Lou of the Ivory Coast set an African record of 10.78 seconds as the combination of a fast track and new spike technology suggested we might be in for something special in the final on Saturday, when the men also begin their heats.

“I’m in shock, actually," Ta Lou said, according to the Associated Press (AP). “But I know I’m ready.”

They were the fifth, sixth and seventh-fastest times of the year, produced on a day when seven of the 54 sprinters hit a personal best – all in an opening-round that's supposed to be designed more for shaking out cobwebs than watching the clock.

All that even though the field was missing this season's third-fastest runner, Sha'Carri Richardson, who is back home in the United States following a doping ban.

By comparison, only one runner, Fraser-Pryce, cracked 11 seconds in the opening round five years ago in Rio de Janeiro. She went on to win the bronze, behind Thompson-Herah and American sprinter Tori Bowie.

Similarly lip-smacking is the men's 400-meter hurdles, where a new world record is widely expected, in a showdown between Norway's double world champion and new record holder Karsten Warholm and his American rival Rai Benjamin, who both cruised through their opening round.

"Oh, 100%. I think it'll be broken on Tuesday (in the final) and it's going to take that to win that's for sure," American Kenneth Selmon was quoted as saying by Reuters, who also qualified for Sunday's semifinals.

The women's 800-meter looks as if it could be a great race too, despite the absence of all three banned Rio medalists.

The race is right in the spotlight of the "intersex athlete" debate, as 2016's Gold, Silver and Bronze winners were all ruled ineligible due to heightened testosterone levels by the World Athletics Council. The main contenders advanced from the opening round, and the prior winners Caster Semenya (South Africa), Francine Niyonsaba (Burundi), and Margaret Wambui (Kenya) watched from the sidelines.

As a result, the United States has high hopes of a first win since 1968 and their trio of Athing Mu, Ajee Wilson and Raevyn Rogers all looked good in progressing. Britain's Jemma Reekie and Keely Hodgkinson also look to progress, but Jamaica’s Natoya Goule was the fastest qualifier for Saturday's semifinals.

If there is one thing that can usually be relied upon at the Olympics it is that Kenya will win the men's steeplechase but their charge toward a 10th successive gold might have to overcome the considerable hump of Ethiopia's 20-year-old Lamecha Girma, who posted the fastest time of a brisk qualifying session, with 8 minutes 09.83 seconds.

It was "one and done" for Sweden's world champion Daniel Stahl, who needed a single attempt to achieve the qualifying standard for the men's discus final, while Qatar's Mutaz Barshim kicked off his bid to add a high-jump gold to his silver and bronze from the last two Games with a smooth qualification.