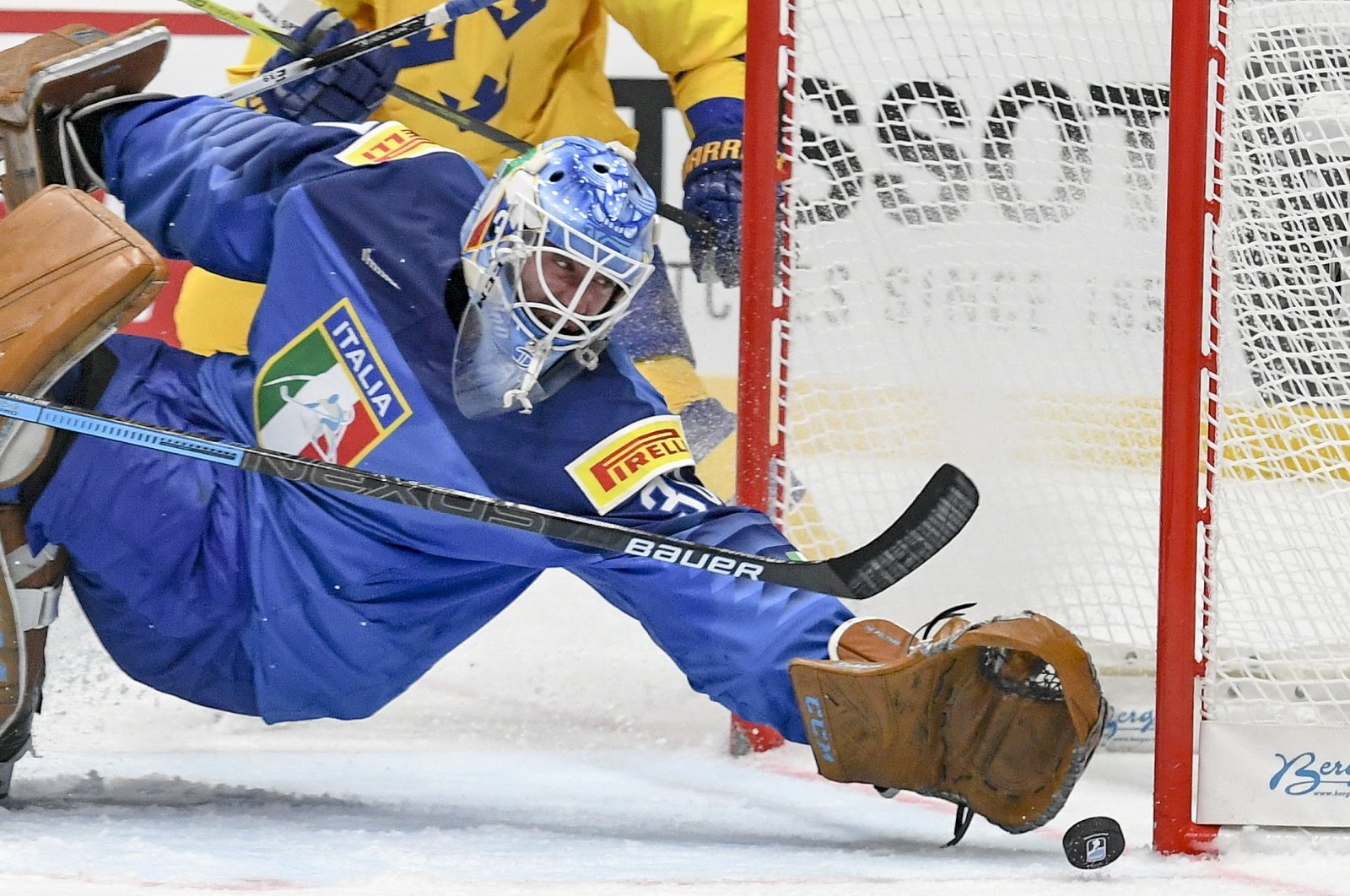 Goalkeeper Marco De Filippo Roia of Italy in action during the IIHF World Championship group B ice hockey match between Italy and Sweden at the Ondrej Nepela Arena in Bratislava, Slovakia, May 12, 2019. (EPA Photo)
by Compiled from Wire Services Mar 21, 2020 9:47 pm
RECOMMENDED

The Ice Hockey World Championships scheduled for Switzerland in May have been canceled due to the coronavirus pandemic, the International Ice Hockey Federation (IIHF) said on Saturday.

The decision to cancel the 16-team tournament to be held in Switzerland in May was formally announced Saturday and essentially wipes out the IIHF’s entire spring calendar of world championship of events.

"This is a harsh reality to face for the international ice hockey family, but one that we must accept," IIHF President Rene Fasel said in a statement.

"The coronavirus is a global problem and requires major efforts by government bodies to combat its spread. The IIHF must do all it can to support this fight. We have to set sport aside for now and support both the government bodies and the ice hockey family."

The event had been scheduled for May 8-24 in Zurich and Lausanne.

Due to the pandemic's global scale, the council ruled there was no possibility of relocating the championship to another country.

The matter of postponing the championship is a matter to be discussed as host countries have been fixed until 2025, the IIHF said.

World championship general secretary Gian Gilli referred to the decision as a "huge disappointment” but one that must be accepted.

"It is an exceptional situation for all concerned and it is now a question of resolving all the outstanding issues,” Gilli said.

Along with the championships, the federation said its annual congress, which was scheduled for Zurich from May 21-23, had also been postponed.

The governing body previously canceled the women’s world Hockey championships set to be held in Canada and the men’s Under-18 championship to be played in Michigan next month.