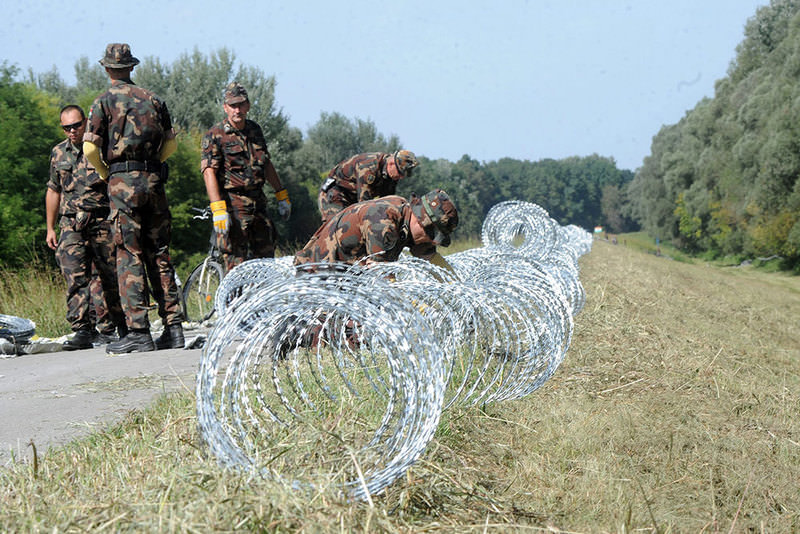 by Daily Sabah Sep 21, 2015 12:00 am
A German-based company owned by two Turkish businessmen has refused to sell razor wire to the Hungarian government, which is currently building a 175 kilometer fence along its border with Serbia in efforts to deter refugees fleeing the Syrian crisis from entering the country, based on humanitarian grounds.

Murat Ekrek and Talat Değer, the owners of the Berlin based fencing company Mutanox, have rejected Hungary's offer worth thousands of euros as they claimed the razor wire, built to prevent refugees, is an inhumane measure. 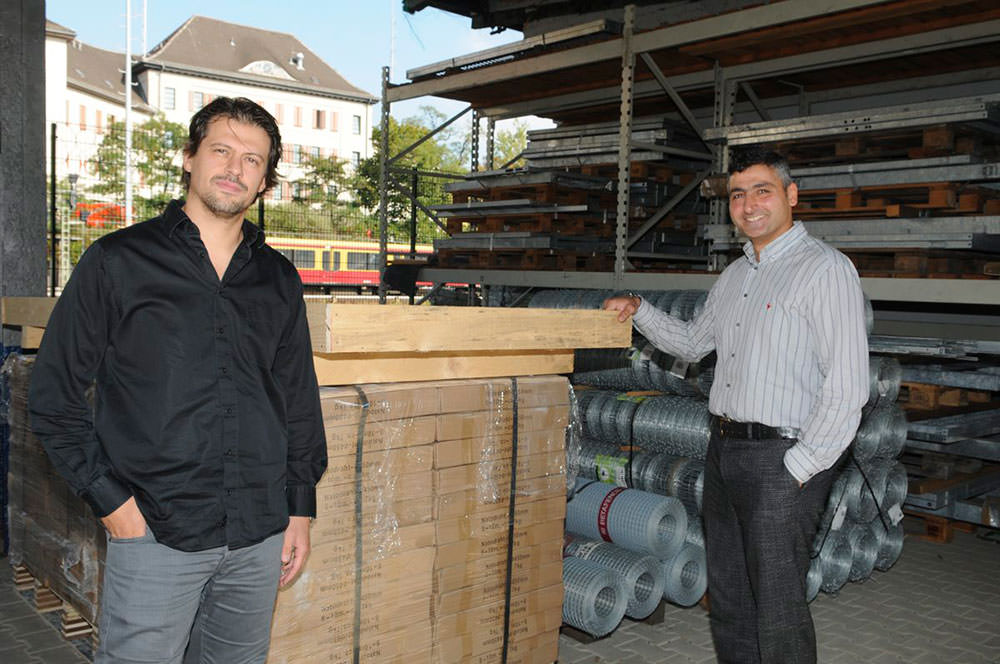 Speaking exclusively to Daily Sabah, Talat Değer stated that they refused Hungarian government's offer due to the aim and the method to use the razor wire.

Değer emphasized the serious threat Hungary's method to use the razor wire poses for all living creatures.

"Normally, these razor wires are placed over a 2-meter wall or another structure in order to protect people and animals from unwanted damage. However, Hungarian government laid these fences right over the ground to act quickly and prevent refugees, posing a serious threat of injury for refugees, which include women and children," Değer stated.

"If people or animals get caught within the wire, they can only be saved by the help of a person. Otherwise, the more you try to rescue yourself on your own, the more you get injured," he added, noting that the wire also poses a serious threat for livestock, farm animals or wildlife.

Değer noted that earlier in the summer, he and his family witnessed the suffering of refugees on the Hungarian-Serbian border on their way spend their holiday in Turkey, which served as an important reason for them to refuse the demand by Hungary.

Noting that their families also arrived in Germany as migrants, Değer underlined that they find this practice inhumane.

"We have saved Germany's image as a Turkish-origin company, and I want to emphasize this fact," Değer said. "We have received mail from all over the world showing support or expressing gratitude for our stance," he added.

Murat Ekrek earlier stated to Anadolu Agency that the wire has been designed to prevent criminal acts, adding that children and adults fleeing the war in Syria are not criminals.

German media outlets have reported that the Hungarian government had put out a tender for around 10,000 rolls of razor wire.

A company based in China has reportedly agreed with the Hungarian government to build the razor fence.

Hungary has been trying to stop the growing flow of refugees fleeing the Syrian crisis. Last week, they began building a 175-kilometer razor-wire border fence to deter refugees and asylum laws were tightened to allow swift deportation.