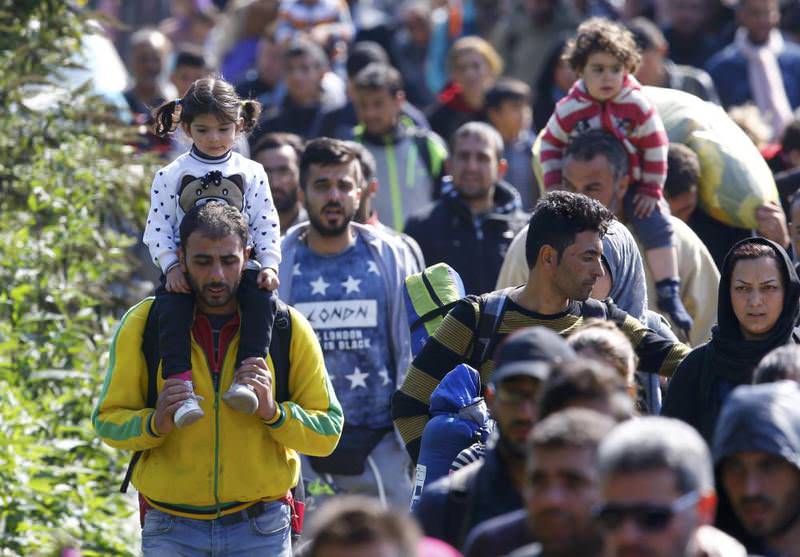 After facing turmoil and violence in Africa and the Middle East, especially in Syria, nearly 60 million people have been forced to flee their homes, according to official figures. As Syrian refugees seek safer and better lives, Europe is trying to formulate a coherent strategy to solve the largest refugee crisis since World War II

The world is witnessing the largest refugee crisis since the horrors of World War II, which has long been dominating media with heartbreaking pictures and stories. According to the U.N. High Commissioner for Refugees (UNHCR), there are close to 60 million war refugees as violence and persecution, particularly in Syria, are on the rise.

Syria has been the hardest hit, with millions of refugees fleeing violence in the country. According to UNHCR figures, more than 4 million Syrian refugees are registered with the U.N. and 7.6 million have been internally displaced. Over half of the population has been displaced since the outbreak of the civil war in 2011, while at least 250,000 people have been killed. More than 3 million have fled to neighboring countries – Turkey, Lebanon, Iraq and Jordan – as well, while more than 16 million people are in need of assistance in the country. Some research centers suggest that half of the Syrians who have been forced from their homes are children. Escalating violence in the country has also caused increasing numbers of refugees to attempt dangerous journeys to Europe.

Syria gained independence and became a parliamentary republic in 1945, where it was a founding member of the United Nations. In 1970, Hafez al-Assad seized power in the country and his son Bashar Assad succeeded him as president in 2000. Assad has been in power since, but when Arab Spring protests began in 2011, Syrian security forces opened fire on peaceful protestors after which violent crackdowns increased as Assad's troops shot, abducted and tortured activists and protesters. By early 2012, the protests had morphed into a civil war with government forces bombing civilians and Assad crushing opponents with brute force. After the country became increasingly divided between several militant groups, including the Islamic State of Iraq and al-Sham (ISIS), Kurdish groups, the government and rebels, in 2014, the war became unbearable for civilians who were stuck between conflicting groups, while barrel bombs – improvised bombs made from barrels filled with explosives, oil and shrapnel – and chemical weapons have been used in civilian areas as well.

The Syrian civil war has resulted in the "worst refugee crisis of our generation." According to the UNHCR, Turkey has taken the most refugees – nearly 2 million. There are more than 1 million Syrian refugees in Lebanon, 600,000 in Jordan and 250,000 in Iraq. For the past year, refugees have increasingly fled to Europe. Recently, the heart-wrenching photo of 3-year-old Syrian refugee Aylan Kurdi washed ashore on the coast of Turkey caught the attention of the world and has become a symbol of the ongoing refugee crisis. However, Europe still cannot find a unified solution to the crisis, as certain EU countries, namely Hungary, Slovakia, Poland and the Czech Republic, are reluctant to take in refugees and have resisted accepting the forced resettlement of refugees on their territory.

However, refugees continue to head toward especially prosperous EU countries such as Germany despite the harsh conditions on the route. They generally first arrive in Europe by making perilous journeys to Greece, and head to Macedonia, Serbia, Hungary, Austria and then Germany, which is the final destination for most refugees. According to the European Union's border agency Frontex, more than 500,000 refugees crossed EU borders so far this year, while UNHCR said nearly 3,000 people have died or gone missing trying to cross the Mediterranean Sea this year. Even though the majority of refugees are Syrian, there are also thousands from Iraq, Libya, Afghanistan, Yemen and countries in Africa.

Some European countries have been slammed by several rights groups for the lack of a common response and failing to resolve the humanitarian crisis on the continent. Over several months of the crisis, disturbing scenes have erupted in several European countries. Amnesty International said last week Hungarian police separated children from their families. In another scene, a video journalist was caught on camera tripping and kicking refugee children. In Germany, dozens of arson attacks have been conducted against refugee shelters and anti-immigrant and pro-immigrant rallies have prevailed in several European cities. Last month, 71 refugees were also found dead in a lorry in Austria.

Meanwhile, EU ministers agreed on Tuesday to relocate 120,000 asylum-seekers to ease the strain on Greece and Italy, which are on the front line of the migrant flood. But a senior European leader conceded the move was only a small step toward resolving one of the worst crises ever faced by the 28-nation bloc. Four Eastern European countries, the Czech Republic, Slovakia, Romania and Hungary, voted against the plan, and it is unclear whether they will even implement it. Deeply-divided EU now seeks long-term and coherent responses to the continent's ballooning crisis.
RELATED TOPICS