Croatia lifts its blockade of Serbian border after spat over refugees 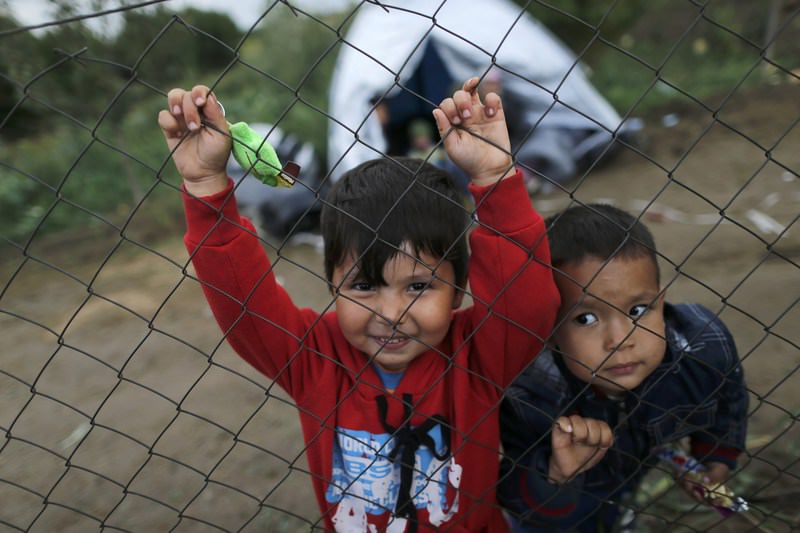 Children look through a fence as migrants wait to cross the border from Serbia into Croatia, near the village of Babska, Croatia September 25, 2015. (REUTERS Photo)
by Associated Press Sep 25, 2015 12:00 am
Croatia lifted its blockade of the border with Serbia on Friday after a spat between the longtime Balkan rivals over a refugee surge.

Croatian police said Friday the border is now open "to all traffic without restrictions."

The two nations had traded accusations over how to manage the tens of thousands of migrants crossing their territories to get to Western Europe, imposing border restrictions on cargo and civilian crossings.

EU officials had urged Croatia to lift the blockade that has cost the two nations millions of dollars.

Croatia has accused Serbia of busing refugees to its border instead of channeling them north to Hungary.
Hungary says the razor-wire it has placed on the Slovenia border is only temporary.

The government spokesman says no permanent fence like the 4-meter (13-foot) high one it built on the border with Serbia will be built on the Slovenian border since both Hungary and Slovenia belong to Europe's Schengen passport-free travel zone.

Prime Minister Viktor Orban told reporters Friday that Hungary would not put anything on that border that can't be "cleaned up" within a day.

Slovenian media said Hungary was already removing some of the barbed-wire fence, although it was also erecting new concertina wire around the Pince border crossing in northeast Slovenia.

To protest Croatia's decision to close the border to cargo, Serbia previously banned imports from Croatia on Thursday. Croatia had responded by banning all Serbian-registered vehicles from entering the country on the same day.