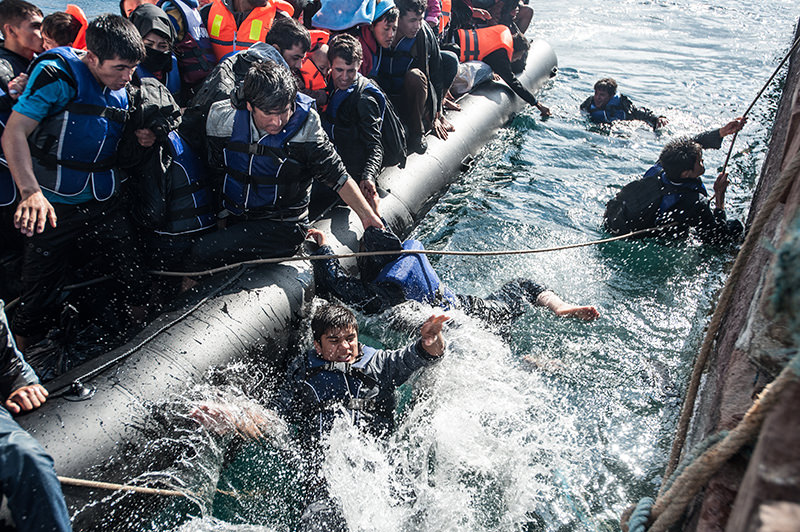 | AA Photo
by Anadolu Agency Sep 30, 2015 12:00 am
Turkish coast guards rescued 97 refugees off the coast of northwestern Çanakkale province on Wednesday when their small boat, which was designed to hold only 20 people, began to sink, Turkish official sources said.

Among the rescued people were 96 Syrians and a Congolese man.

The incident took place off the province's Ayvacık district when the boat was headed towards the Greek island of Lesbos.

When the boat began taking in water, refugees had called the coast guards for help.

"The rescue teams have brought the refugees to Küçükkuyu town and provided them with clothes and food," Anadolu Agency has learnt.

Two women who fainted during the perilous journey were also given medical treatment.

On Monday, Izmir Governor's Office said in a statement that over 3,500 refugees were rescued from the Aegean Sea over the last 10 days.

According to the statement, Turkish authorities carried out 134 search-and-rescue operations between September 18 and 28, and also detained eight human traffickers.

Overall, 54,255 refugees have been rescued from Aegean Sea so far, while 116 bodies have been found and 69 human traffickers arrested since January 1 this year, the statement added.