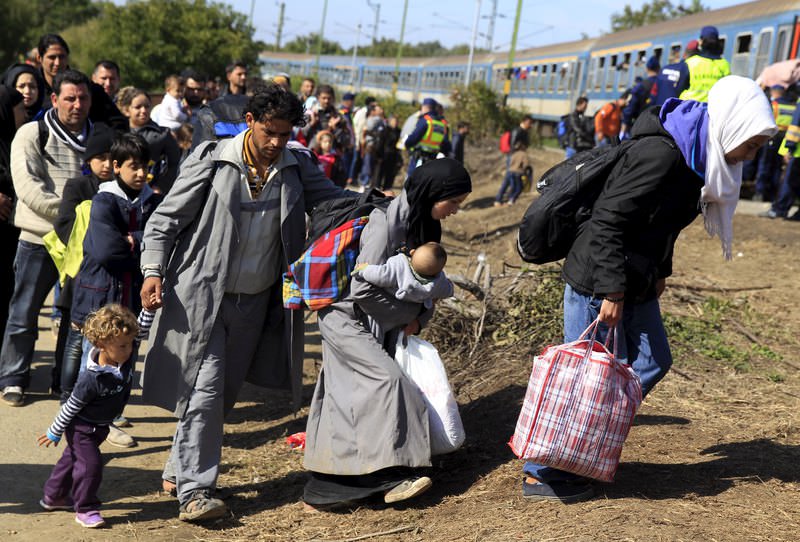 by Oct 02, 2015 12:00 am
The church in a southern Hungarian diocese heavily affected by an influx of refugees has thanked the right-wing government for regarding its effort to seal Hungary's borders against further refugees, who are the enemies of Jesus Christ as "a task given by God".

"We are aware that most migrants arrive from countries which are open enemies of Jesus Christ and Christianity and in which Christians are persecuted for their faith," the statement from the church said.

Hungary, a landlocked country whose government has been criticized by European Union peers for its anti-foreigner stance, has become a main transit route for hundreds of thousands of migrants arriving via the Balkans to the south.

More than 280,000 migrants fleeing conflict and poverty in the Middle East, Asia and Africa have passed through Hungary in central Europe this year so far, nearly all seeking sanctuary in the wealthier countries of the western EU.

Prime Minister Viktor Orban has split opinion across Europe by sealing Hungary's borders with Serbia to stem the influx, while tough anti-immigration measures and his pledge not to let mainly Muslim migrants threaten Hungary's Christian traditions have boosted his right-wing party's popularity at home.

"We are thankful to God that our country has a government now which regards the protection of our country and people as a task given by God ... while it promotes and practices brotherly love towards those arriving in our homeland," the Reformed Church of Csongrad diocese said in a statement this week.

Csongrad county lies on the border with Serbia.

Andras Juhasz, dean of the Protestant diocese, told Reuters that it felt compelled to raise its voice given "what was happening in this part of the country."

"We felt that Christian people could not remain silent in this situation," he said over the phone.

In the statement, the church thanked God for what it called the "professional, proportionate and humane" border protection work of Hungarian police.

U.N. Secretary-General Ban Ki-moon expressed "shock" at clashes between Hungarian police and migrants at the Serbian border last month. Riot police used tear gas and water cannon against a group of migrants pelting them with rocks.

The church said any criticism of Hungary for protecting its borders was "unfounded and unacceptable."

The church added that it was providing help for migrants in the name of brotherly love, and praised the work of the Hungarian Reformed charity and refugee mission.

Hungary is also now sealing its frontier with Croatia to cut off an alternative corridor for migrants trying to enter the EU's Schengen passport-free travel zone.