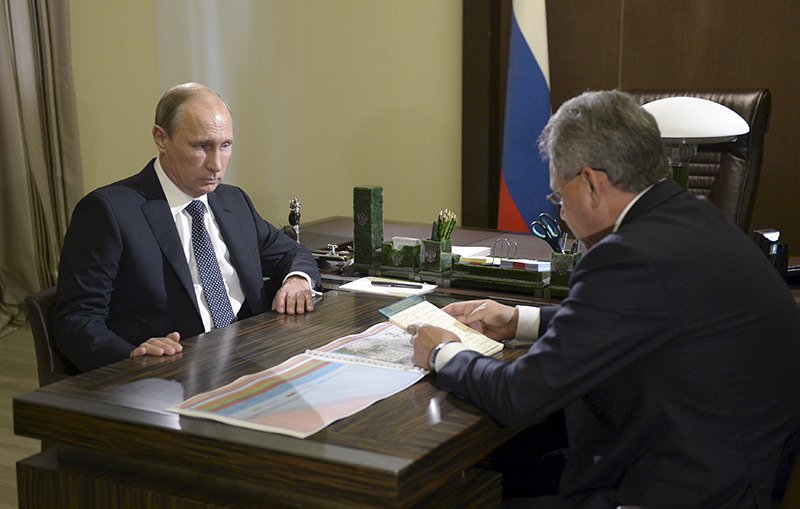 by Compiled from Wire Services
Oct 07, 2015 12:00 am
Russian Defense Minister Sergei Shoigu stated Wednesday that Russia is using warships in the Caspian Sea to target the ISIS terrorists in Syria.

Russia last week began carrying out airstrikes in Syria in what it said was a pre-emptive operation against terrorism in the Middle East.

Shoigu told President Vladimir Putin in televised remarks that Russia on Wednesday morning carried out 26 missile strikes from four warships of its Caspian Sea flotilla. Shoigu insisted the operation destroyed all the targets and did not launch any strikes upon civilian areas.

Putin replied that it was too early to talk about the results of Russia's operations in Syria and ordered Shoigu to continue cooperation with the United States, Turkey, Saudi Arabia, Iran and Iraq on Syria.