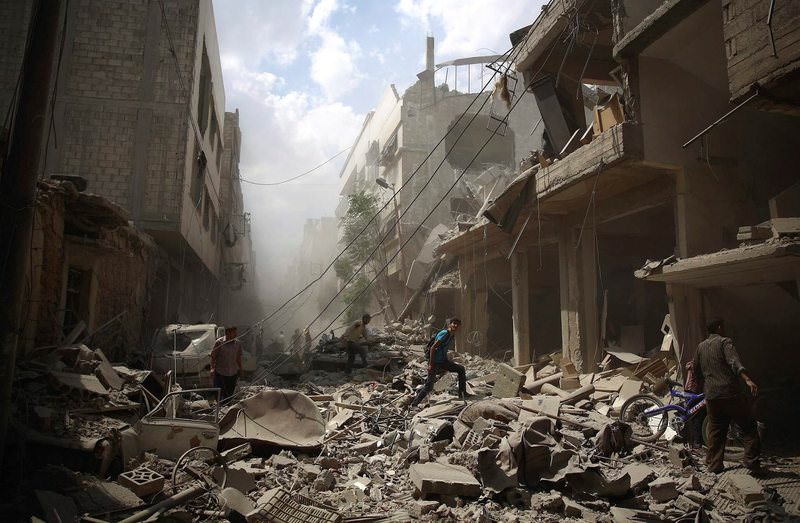 by Anadolu Agency
Oct 08, 2015 12:00 am
France supports the establishment of a safe zone for refugees in war-torn Syria, the Syrian National Coalition (SNC) claimed Thursday.

In a statement on its website, the coalition said members of its political committee met French diplomat Frank Gilet at his request on Thursday.

"Gilet said that France supports establishing safe zones in Syria, adding that he has reviewed Turkey's vision on and the mechanisms for implementing it," the statement said.

"He described these mechanisms as 'adequate' and 'workable', adding that France will discuss this plan with the United States to put the final touches on the project," the statement said.

The French foreign ministry did not respond to Anadolu Agency's requests for a comment on the claim.

The establishment of a safe zone for refugees in northern Syria has long been a goal of the Turkish government, which is currently hosting 2.2 million refugees, mostly from Syria.

According to the statement, which was posted in the coalition's online media center, Gilet and the coalition's representatives discussed a zone to protect civilians from "indiscriminate bombardment" that would, in turn, "stem the flow of migrants to Europe and empower Syrian rebels to fight the Assad regime and ISIS [Daesh]."

The SNC is recognized by many, including Turkey, the U.S. and the EU, as the representative of the Syrian people rather than Bashar al-Assad's regime.

The statement added that its members stressed the need for a "common position" among rebel factions to "fend off the Russian and Iranian invasions".