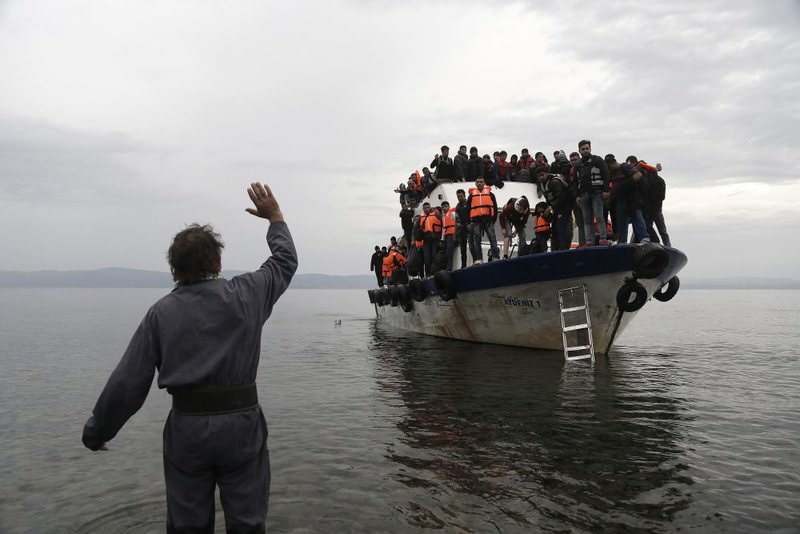 by Merve Aydoğan
Oct 12, 2015 12:00 am
The Syrian refugee crisis began to top EU countries' agendas after the tragic incident in which the corpse of 3-year-old Syrian boy Aylan Kurdi washed up on a Turkish beach, and now the EU leaders' summit takes place Oct. 15-16 with the refugee crisis high on the agenda. According to the recently announced refugee quota plan, European Commission President Jean-Claude Juncker said that 160,000 additional asylum seekers will be distributed among EU member states, and reportedly, countries refusing to take migrants could face financial penalties.

Prior to the summit, an EU foreign affairs ministers council will be held Monday Oct. 12 with topics including aid to countries with refugee camps such as Turkey, Jordan and Lebanon and how to strengthen EU borders. Following the council, a special meeting of EU interior ministers on the refugee crisis will be held Oct. 14 to discuss Juncker's proposals included in the refugee quota plan.

Juncker will give a speech at the beginning of the EU summit, the agenda of which will include results from the foreign ministers' council and the EU interior ministers' meeting. The summit will discuss the ongoing refugee crisis and then the European Parliament will decide on any new asylum measures with EU governments. EU Migration, Home Affairs and Citizenship Commissioner Dimitris Avramopoulos will visit Turkey on Oct. 14, while the summit is being held.

According to a recently published report from the Eurasia Group, the world's largest political risk consultant, the summit and the EU's migrant strategy, which focuses on redistribution, processing centers, enforcement of existing EU principles, cooperation with Turkey and stabilizing Syria, will fail to keep up with the persistent flow of refugees into the EU. The report also indicates a "short term plan will not address a number of structural problems."

Moreover, it says, "The EU desperately needs Turkey's help to stop the flow of legitimate asylum seekers from Syria." Finally, regarding the EU's five-pillar plan, the report says: "The progress is therefore too little too late and too revealing of serious tensions within an EU that is only grappling with a fraction of the problem."