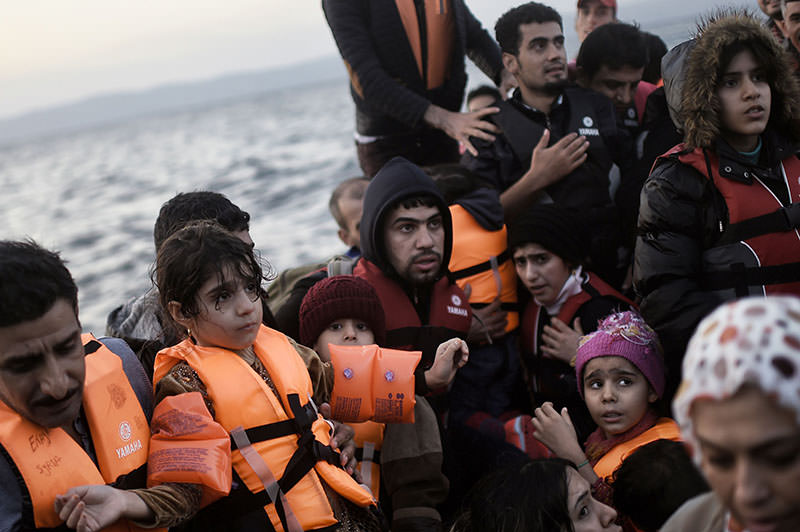 Refugees and migrants arrive at the Lesbos island after crossing the Aegean Sea from Turkey on October 8, 2015 (AFP photo)
by French Press Agency - AFP
Oct 18, 2015 12:00 am
The Greek coast guard said on Sunday five more migrants including a baby and two boys had died trying to cross the Aegean Sea from Turkey. Most of the deaths occurred near the island of Kastellorizo, where an American-flagged sail boat said it had rescued nearly a dozen people – a dead infant among them.

A subsequent search by coast guard vessels recovered the bodies of a boy and two women, and crews are still searching for a missing man, the coast guard said. In a separate incident, an 8-year-old boy, allegedly of Iraqi origin, was confirmed dead on arrival on the island of Farmakonisi.

The boy's parents told officials that he had fallen out of a boat containing another 110 people and was unconscious when they plucked him out of the water. UNHCR, the U.N. refugee agency, reported an increase in the number of migrant boats arriving from Turkey this week.

"The surge in arrivals could be the result of a temporary improvement in the weather, a rush to beat the onset of winter and a fear that European borders may soon close," UNHCR said Friday.
Last Update: Oct 18, 2015 5:44 pm