Sweden says can 'no longer guarantee housing' for new refugees 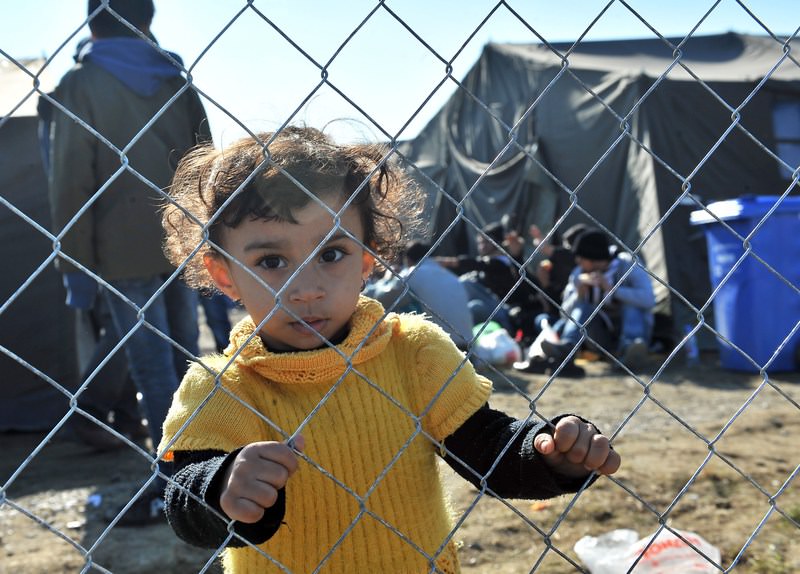 by Compiled from Wire Services
Nov 05, 2015 12:00 am
Sweden can "no longer guarantee accommodation" to asylum seekers who now arrive in the country, Justice and Migration Minister Morgan Johansson said Thursday.

"The acute problem today is that the number of asylum seekers is growing faster than we can arrange accommodation," he told a news conference.

Johansson said that future arrivals could be told that "there is no accommodation" in Sweden, and might have to decide whether to return to countries like Denmark or Germany or try to find housing on their own.

"We also have a limit for what we can handle," he added.

Sweden has seen a record influx of asylum seekers, with an estimated 40,000 people having arrived in October alone, according to the Migration Agency.

Large numbers of people have transited from Germany where capacity is also stretched, tiring of waiting for approval there or unwilling to live in tents, Johansson said.

"They will have to decide whether to remain in Germany where they have accommodation or leave for Sweden," Johansson said, adding that he hoped the message about the shortage would help dampen the influx.


He cautioned that in addition to limited housing, Sweden's capacity to process asylum applications is stretched.

"It will soon be two years," he said, estimating the waiting time for a decision on asylum to come through.

The Migration Agency previously said it was preparing to shelter around 50 refugees in the reception area of its headquarters because of the lack of housing.

The agency already plans to shelter thousands of refugees in heated tents due to a housing shortage, while some people may be put in venues such as ski resorts and a theme park.

The Swedish government has also applied to the European Commission to arrange for some of those to be moved to other EU countries.

The U.N. refugee agency UNHCR said on Thursday refugees and migrants were likely to continue to arrive in Europe at a rate of up to 5,000 per day via Turkey this winter.

More than 760,000 people have crossed the Mediterranean so far this year, mainly to Greece and Italy, after fleeing wars in Syria, Afghanistan and Iraq, as well as conflicts in Eritrea and other parts of Africa, it said.

The agency is seeking an additional $96.15 million to support Croatia, Greece, Serbia, Slovenia and the former Republic of Macedonia, bringing the total amount that it is trying to raise for Europe's refugee crisis to $172.7 million.

Sweden - a country of almost 10 million - has, along with Germany and Austria, been among the top destinations in Europe for people fleeing conflict in countries like Syria and Iraq.

The Migration Agency meanwhile said it urgently needs 20,000 temporary places, and was preparing makeshift sleeping arrangements in some of its offices.
Last Update: Nov 05, 2015 9:10 pm