Next international talks on Syria to be held Saturday in Vienna 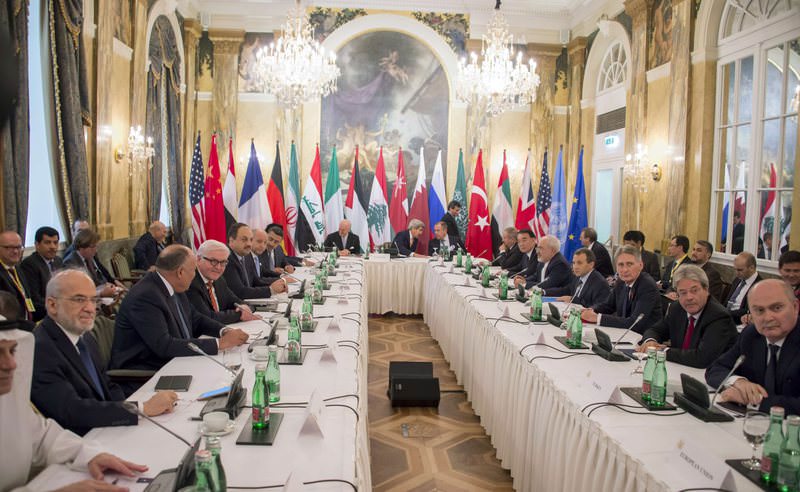 by French Press Agency - AFP
Nov 10, 2015 12:00 am
Diplomats from multiple countries will meet Saturday in Vienna for further international talks toward a political solution to the Syria civil war, the United States said.

US Secretary of State John Kerry is leaving Thursday night for Tunis and is due to stop in Vienna before joining President Barack Obama on Sunday at the Group of 20 leaders' summit starting Sunday in Turkey.

Earlier in Moscow, the Russian Foreign Ministry said that the next round of Syria talks were being targeted for Saturday.

The expected Vienna talks follow October 30 meetings in the Austrian capital that included nearly 20 top diplomats from the region and key powers and that Kerry called "the beginning of the new diplomatic process" to end the Syrian civil war.

The last round of Vienna talks saw Russian and, for the first time, high-level Iranian participation with Arab and Western powers. Russia and Iran are the closest allies of Syrian President Bashar al-Assad, while the US, plus Saudi Arabia and other Arab countries, have called for his departure.

Kirby would not confirm that Iranian Foreign Minister Mohammad Javad Zarif would again be in attendance and said he could not "talk about participation right now," though there would be several meetings.