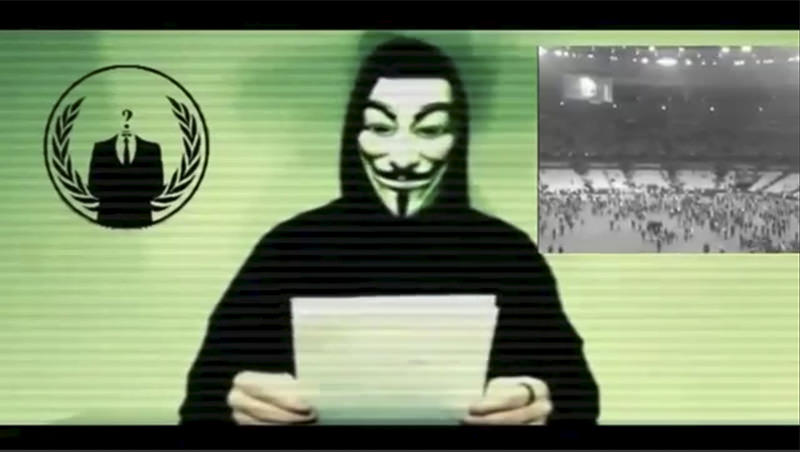 by Nov 16, 2015 12:00 am
Anonymous, a loose-knit international network of activist hackers, is preparing to unleash waves of cyber attacks on DAESH terror organization following the attacks in Paris last week that killed 132 people, a self-described member said in a video.


A man wearing a Guy Fawkes mask appeared on a video posted to YouTube and said the DAESH militants who claimed responsibility for the Paris attacks were "vermin" and Anonymous would hunt them down.

"We are going to launch the biggest operation ever against you. Expect many cyberattacks. War has been declared. Get ready," the man said, without giving details of what the attacks would involve. "We don't forgive and we don't forget."

The video posted to YouTube had attracted more than 1.1 million views by 14:30 GMT on Monday.

Anonymous is an international network of activist computer hackers which has claimed responsibility for many cyberattacks against government, corporate and religious websites over the past dozen years.

Since the attack on French weekly Charlie Hebdo last January, which led to the deaths of 17 victims, Anonymous activists have waged an online vigilante campaign to force the shutdown of Twitter profiles suspected of belonging to ISIS supporters.

The group says it has identified more than 39,000 suspected DAESH profiles and reported them to Twitter. It claims to have had more than 25,000 of these accounts suspended, while nearly 14,000 more on the targeted list remain active, according to a list posted to a site calling itself Lucky Troll Club.