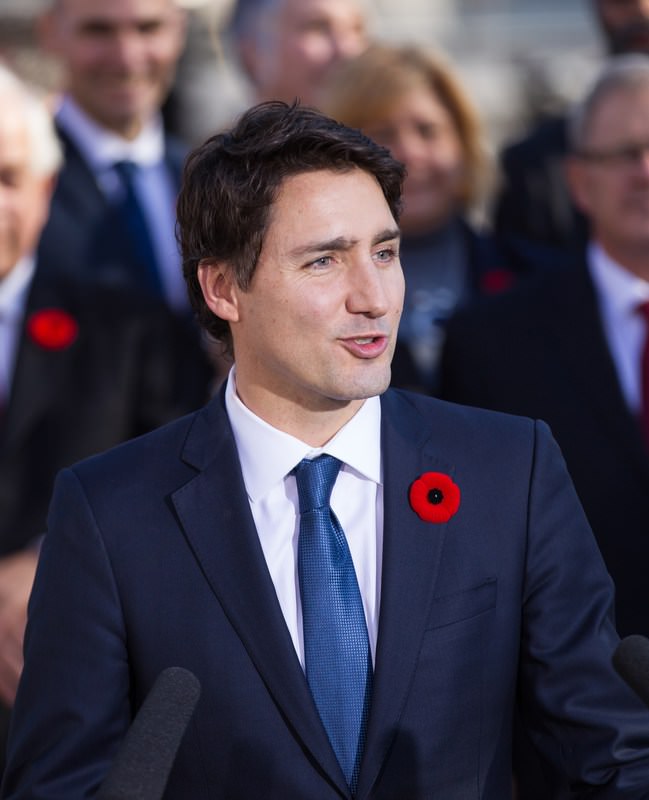 by Daily Sabah with Wires
Nov 16, 2015 12:00 am
Canada will stick to a decision to withdraw its fighter jets from a mission against DAESH terrorists despite last week's Paris attacks, new Prime Minister Justin Trudeau said on Monday.

The militant group claimed responsibility for shootings and bombings that killed 129 people in the French capital last Friday. The violence prompted the United States, France, Britain and others to promise more strikes against the organization.

But Trudeau, who took power in an October election promising to pull out the six jets, said Canada could contribute more effectively in other ways and was considering how it could step up an existing program to train local troops in Iraq.

Trudeau was speaking to reporters at the end of a G20 summit in Turkey. None of the other leaders present had asked him to rethink the jet withdrawal, he said.

"We made a clear commitment in the campaign to stop the bombing mission by Canadian jets ... and we have the mandate to do that," he said.

Diplomats say the United States and Britain have expressed concern the Canadian withdrawal move could weaken the anti-DAESH coalition.

The six planes are still attacking targets in Iraq and Syria and Trudeau declined to say when the strikes would stop. The current mission runs out at the end of next March.

"Our capacity to offer training ... is something that not all countries have to offer and I know Canada can do more," said Trudeau. "Canada is in no way withdrawing from its commitment to be part of the coalition against DAESH and be involved militarily."

As part of the effort to help address the Middle East crisis, Trudeau is promising to bring in 25,000 Syrian refugees by the end of the year.

Critics say it is impossible to properly screen every refugee before entering the country and suggest some might turn out to be security risks. If true this could alarm the United States, which shares a long undefended border with Canada.

Trudeau said he would discuss potential U.S. concerns with President Barack Obama on the sidelines of an Asian summit later this week in Manila.
Last Update: Nov 16, 2015 9:45 pm