US confirms second shipment of ammunition to Syrian Arab Coalition 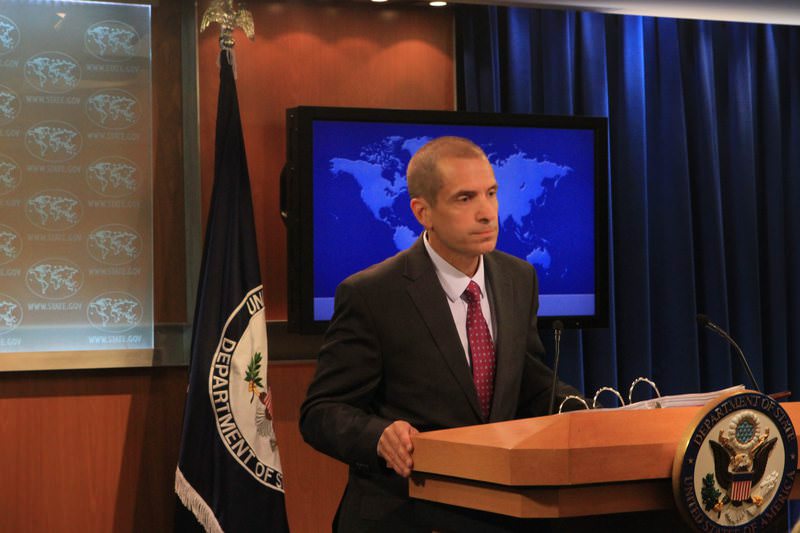 by Daily Sabah with AA Nov 18, 2015 12:00 am
The United States confirmed Tuesday the reports that a second shipment of ammunition was delivered to Syrian Arabs.

Citing a defense official, some media outlets claimed the U.S. delivered the supplies to the so-called Syrian Arab Coalition, an alleged group of 5,000 Arab forces fighting DAESH in northern Syria.

"I believe that's correct, there was a second shipment" State Department spokesman Mark Toner said in response to a question on the issue.

He referred reporters to the Defense Department for further details and confirmation.

At the Pentagon, however, officials were not as forthcoming.

An Anadolu Agency e-mail to the agency requesting further information was met with resistance.

But a defense official speaking to Anadolu Agency on the condition of anonymity said the Pentagon's acknowledgement of Syrian Arab Coalition's progress against DAESH in al-Hawl, north of al-Raqqa, actually means that it has delivered ammunition to the group.

"We have been saying that we would re-supply Syrian Arab Coalition as they make progress and we see that they have done a significant progress in their fight against DAESH," said the official.

Smith also noted that the Pentagon's support to groups fighting DAESH in Syria would be "performance based".

The U.S. conducted an airdrop in northern Syria on Oct. 11, supplying 50 tons of ammunitions to the Syrian Arab Coalition.

The move has stirred debate about the existence of the group.

Several media outlets reported that the group is a U.S. invention to cover up Washington's support to PKK-affiliated Democratic Union Party (PYD) and its armed wing People's Protection Units (YPG) terrorists in Syria, which is a serious concern for Turkey as the country has been fighting PKK terror for over 30 years.
Last Update: Nov 18, 2015 2:29 am
RELATED TOPICS