Kerry speaks to Lavrov, urges calm and dialogue between Russia and Turkey after Russian jet downed 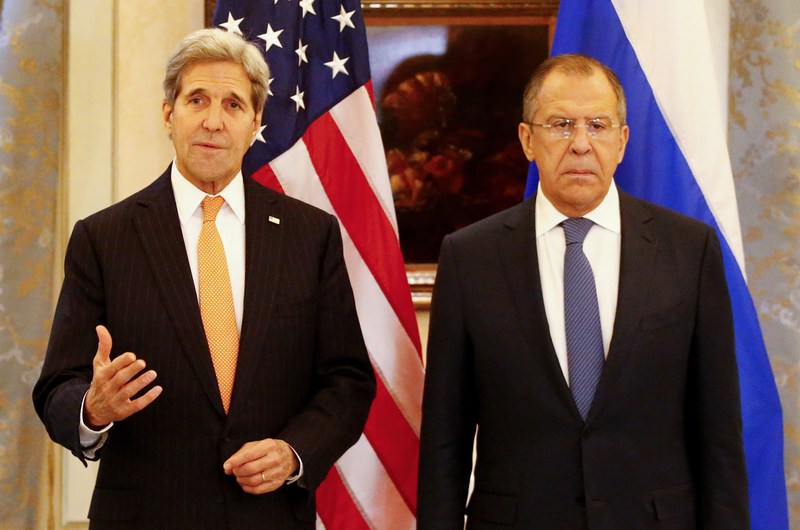 by Daily Sabah with Reuters Nov 25, 2015 12:00 am
U.S. Secretary of State John Kerry spoke to his Russian counterpart on Wednesday to urge calm and dialogue between Turkey and Russia after Turkey's downing of a Russian warplane at the Syrian border.

In a telephone call with Russian Foreign Minister Sergei Lavrov, Kerry "stressed the need for both sides not to allow this incident to escalate tensions between their two countries or in Syria," the State Department said in a statement.

"The secretary offered his condolences for the loss of life in yesterday's incident with Turkey. He urged for calm and for dialogue between Turkish and Russian officials in the days ahead," the department added, saying Kerry "underscored the importance of progress toward a diplomatic solution in Syria."

On Tuesday, Turkey shot down a Russian Su-24 warplane for violating its airspace, despite the fact that it has warned the jet 10 times within a five-minute period.

Two Russian pilots parachuted to the ground after the shooting down, and according to Russian military spokesman General Sergei Rudskoi, one had been killed by fire from the ground while Shoigu said the other had been freed by Russian and Syrian special forces and is now at a Russian airbase.

Kerry has convened a series of meetings in Vienna including Russia and Iran, the main backers of Syrian President Bashar al-Assad, and Saudi Arabia and Turkey, which both want Assad's rule to end, to try find a diplomatic end to the four-and-a-half-year Syrian civil war.