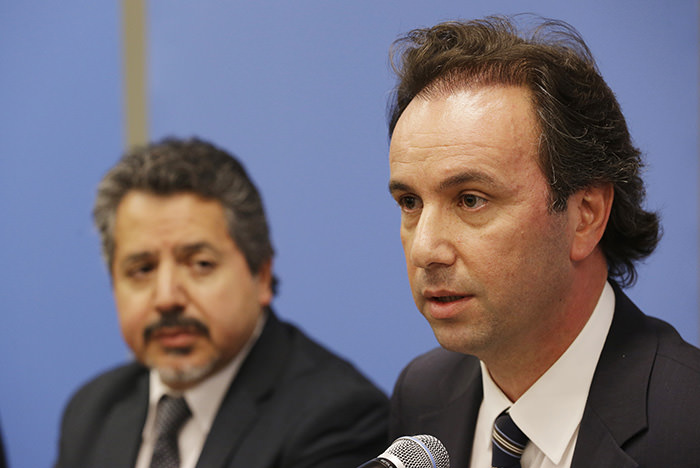 "The goal of the Riyadh meeting is developing a united front against Assad," Khaled Khoja, said, referring to Syrian President Bashar al-Assad.

"We will share our new vision there. We have conformity over Syria's future after Assad. We are meeting in Riyadh to avert claims that the opposition is a creation of different factions," he told Anadolu Agency.

Khoja is due to attend the summit from Dec. 11 to 14, when the Saudi government has invited 65 opposition leaders to discuss the shape Syria in accordance with the Geneva communique, the document that sets out the need for a cease-fire and political settlement.

Turning to recent allegations against Turkey over Daesh oil sales, Khoja said the claims by Russia that tankers from Daesh-controlled oil fields cross into Turkey were incorrect.

"When you look at the map, you can see the routes of oil," he told Anadolu Agency. "Oil convoys must go through PYD and Assad regime [territory]. If there is an oil trade, it is between Daesh and the Assad regime."

The PYD is the terrorist PKK organization's Syrian affiliate and it controls most of the territory to the southwest of Turkey's Syria border, as well as an enclave in the northwest. The Assad regime also controls some of the border in the northwest.

Khoja also said that there was cooperation between Daesh and government forces against the Free Syrian Army (FSA).

"The goal is surrounding Aleppo, which is an important stronghold for the FSA," he said, adding that the area around Aleppo would be part of a planned secure zone for refugees.
Last Update: Dec 04, 2015 2:18 pm
RELATED TOPICS