Merkel dismisses US request for more military help against Daesh 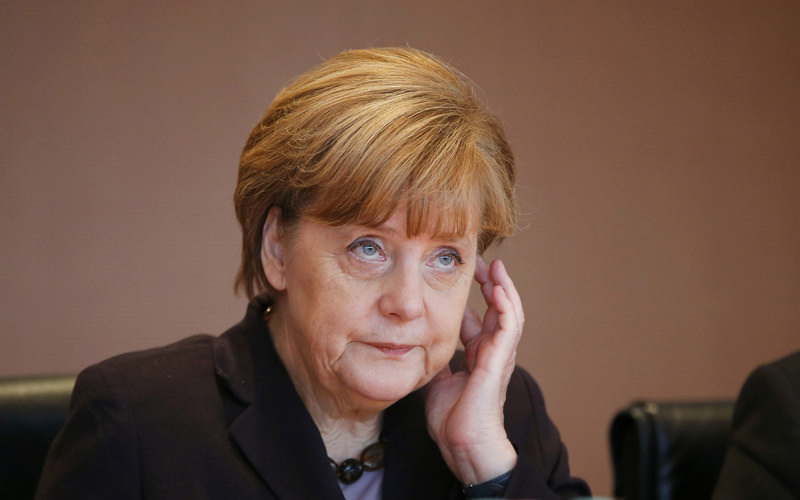 German Chancellor Angela Merkel attends the weekly cabinet meeting at the Chancellery in Berlin, Germany, December 1, 2015. (REUTERS Photo)
by Dec 13, 2015 12:00 am
Chancellor Angela Merkel on Sunday brushed off what a Germany magazine said was a request from the United States to provide more military help in the fight against Daesh.

"I believe Germany is fulfilling its part and we don't need to talk about new issues related to this question at the moment," Merkel told the ZDF broadcaster when asked about the Der Spiegel magazine report of the U.S. request.

Der Spiegel reported on Saturday that U.S. Defence Secretary Ashton Carter had sent a letter asking for a bigger military contribution from Germany, a week after parliament approved a plan to join the campaign in Syria.

A German Defence Ministry spokesman confirmed a letter had been received from the United States and its content was under consideration, giving no further details.

Der Spiegel said the letter did not make specific demands and was similar to requests sent to other U.S. partners.

The deployment is a direct response to a French appeal for solidarity after militant attacks in Paris killed 130 people. Germany does not plan to carry out air strikes in Syria.

Germany has over the past two years shown a growing readiness to commit troops to foreign missions.

More than 3,000 personnel are currently deployed overseas and the Syria mission will raise that by up to 1,200. Von der Leyen also wants to send 650 troops to Mali to help the French campaign against Islamist militants there.