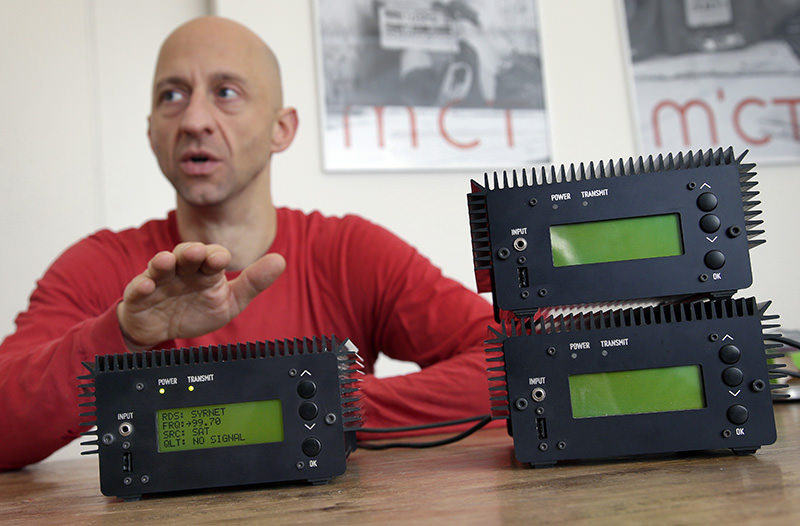 by Associated Press Dec 22, 2015 12:00 am
A group of journalists and tech enthusiasts in Berlin are working to spur the Syrian media revolution.

Their weapon is a shoebox-sized device which allows opposition radio stations in Syria to transmit inside hostile territory.

Dubbed PocketFM, the device is basically a low-powered radio transmitter. Coupled with a satellite dish to receive new programs, a car battery for power and an antenna it can broadcast FM radio within a five-kilometer (three-mile) radius.

That's enough to cover a town, or a city district, said Philipp Hochleichter, who oversees development of the device for the Berlin-based non-profit organization Media in Cooperation and Transition (MICT).