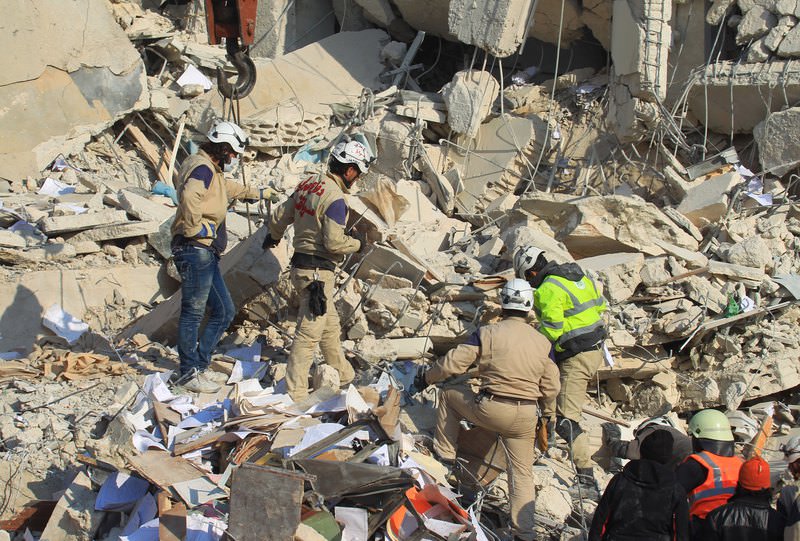 by Anadolu Agency
Dec 26, 2015 12:00 am
Russian aircraft bombed a school in Idlib province on Saturday, killing nine people and injuring 11 others.

He said Russian jets bombed Zikar school in the Jarjanas region, which is under opposition control.

"We strongly condemn Russia's slaughter of civilians, including women, children and the elderly," Çavuşoğlu said.

Russia began its air operations in Syria on Sept. 30 with the aim of supporting the embattled regime of Syria's Bashar al-Assad.

While the Kremlin says the airstrikes target Daesh, some members of the western NATO alliance believe Russia is targeting groups opposed to Assad, including some that enjoy U.S. and Turkish support.

According to a report released earlier this month by Amnesty International, Russian airstrikes in Syria have killed "hundreds" of civilians over the last three months.
Last Update: Feb 24, 2016 9:50 pm