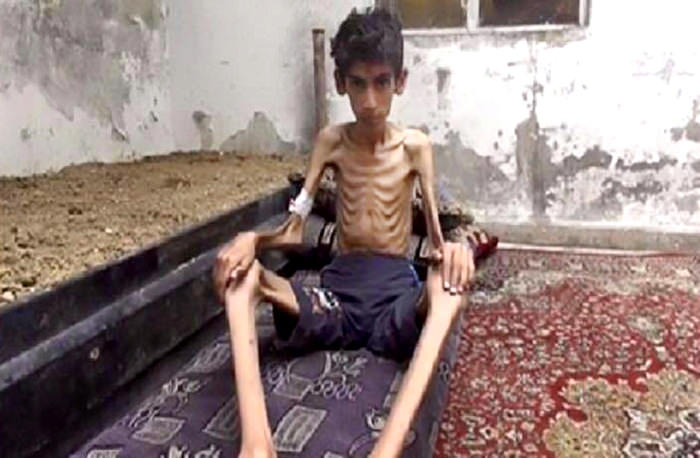 |AP Photo
by Compiled from Wire Services Jan 07, 2016 12:00 am
The Syrian regime agreed on Thursday for the United Nations to deliver humanitarian aid to three besieged towns including Madaya near Damascus, the UN said.

"The UN welcomes today's approval from the Government of Syria to access Madaya, Fuaa and Kafraya and is preparing to deliver humanitarian assistance in the coming days," a UN statement read.

The blockade of Madaya, near the border with Lebanon some 50 kilometers east of Beirut and 20 kilometers northwest of Damascus, has become a focal issue for Syrian opposition leaders who told a UN envoy this week they will not take part in talks with the government until it and other sieges are lifted.

At least 10 people have died of starvation in Madaya in the past six weeks, the Syrian Observatory for Human Rights says. Opposition activists say the number of dead is in the dozens although Reuters could not independently confirm the reports.

"We were living on tree leaves, on plants, but now we are struggling in a snow storm and there are no more plants or leaves," said Majed Ali, 28, an opposition activist who spoke to Reuters by phone from Madaya.

Aid agencies were hoping for easier access to the area following the ceasefire deal concluded under UN supervision.

"WFP is deeply concerned about the reported humanitarian situation in Madaya, which has been besieged for many months, now threatening the lives of nearly 40,000 people," WFP spokeswoman Bettina Luescher said in response to a question from Reuters.

"Madaya was last reached on 17 October with 3,900 food rations, enough to feed over 19,000 people for one month," she said and added, "Since then, no more food assistance or humanitarian supplies made it to these areas as was planned."
Last Update: Jan 08, 2016 4:42 pm
RELATED TOPICS