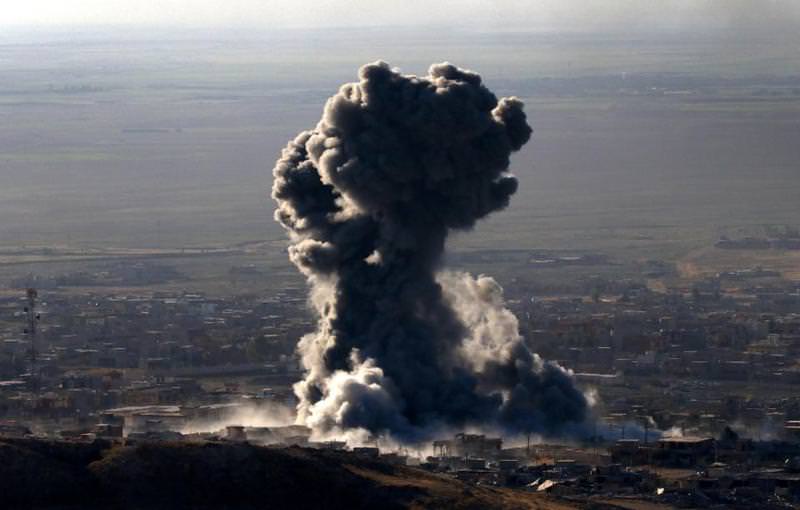 Two 2,000-pound (900-kilogram) bombs struck the facility, destroying "millions" of dollars worth of cash, the official told AFP, speaking on condition of anonymity.

"We estimate in the millions of dollars... from all their illicit stuff: oil, looting, extortion," the official said. The strike came early Monday.

CNN, which first reported the strike, said the U.S. military believed between five and seven civilians had been killed.

The U.S.-led coalition carrying out plane and drone strikes against Daesh in Iraq and Syria has been increasingly targeting the militants' money-making capabilities, including by bombing trucks that ferry illicit oil across Syria.

Under pressure from critics who say the campaign is moving too slowly, the Pentagon has indicated it would consider a wider array of targets even if these might cause civilian deaths, provided these attacks yield significant gains against the terrorists.

The defense official said the coalition had targeted cash-holding facilities once or twice in the past year, but the most recent action was "probably" the biggest to date.

It was not immediately clear if the money had been in US dollars, some other foreign currency, or local dinars, the official added.