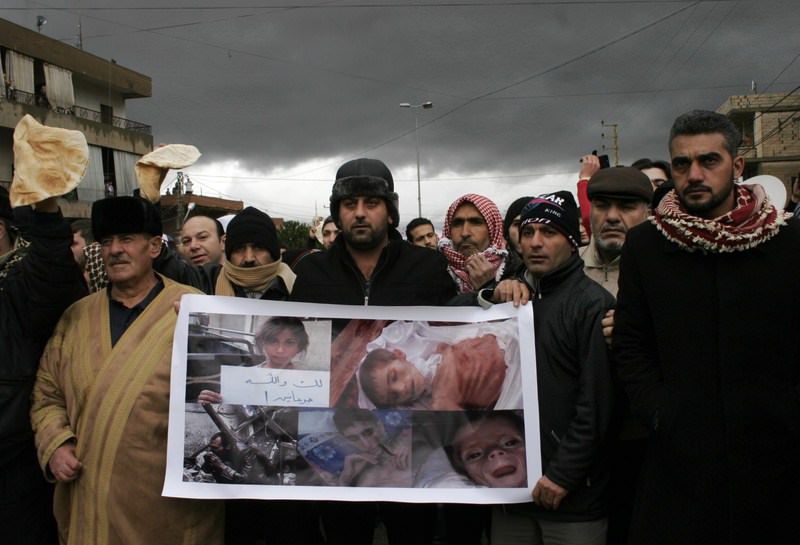 by Anadolu Agency Jan 14, 2016 12:00 am
UN Secretary-General Ban Ki-moon on Thursday accused the Syrian government of committing war crimes by using starvation against the besieged town of Madaya.

Ban's remarks came as aid workers found "horrible human stories" in Madaya while delivering supplies for the 42,000 desperate residents starving to death. The Syrian regime and Hezbollah militants has blockaded the town for close to 200 days.

"Let me be clear: the use of starvation as a weapon of war is a war crime," Ban told reporters in New York. "All sides, including the Syrian government which has the primary responsibility to protect Syrians, are committing this and other atrocious acts prohibited under international humanitarian law."

Meanwhile, a second UN aid convoy this week reached the town on Thursday. UN agencies called on all parties to the conflict to facilitate uninterrupted aid access to all besieged areas in the country.

"UN teams have witnessed scenes that haunt the soul. The elderly and children, men and women, who were little more than skin and bones: gaunt, severely malnourished, so weak they could barely walk, and utterly desperate for the slightest morsel," Ban said.

"In 2014, the UN and partners were able to deliver food to about 5 percent of people in besieged areas. Today, we are reaching less than 1 percent," Ban said.

The Syria conflict, which will enter its sixth year in March, has left more than 250,000 people dead and turned the country into the world's largest source of refugees and displaced persons, according to UN.

The UN wants to bring together Syria's warring factions on Jan. 25 to begin peace talks in Geneva. Participants will work within the framework of a plan set out during three rounds of international talks to foster an end to the civil war.