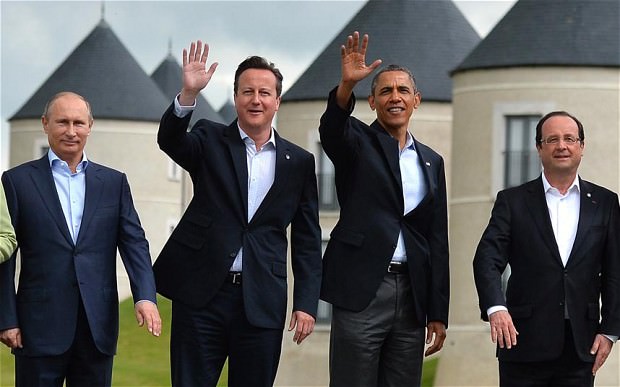 President Vladimir Putin, Prime Minister David Cameron, President Barack Obama and President Francois Hollande from the anti-Daesh coalition. (AFP Photo)
by Associated Press Jan 19, 2016 12:00 am
Canada has been excluded from a meeting of defense ministers in Paris this week to discuss the fight against Daesh militants.

Defense Minister Harjit Sajjan tried to suggest it wasn't a big deal on Tuesday, saying this isn't the only meeting.

U.S. Defense Secretary Ash Carter didn't mention Canada last week when he said he would meet defense ministers from nations who are playing a significant role in the coalition.

Ministers from the Netherlands, France, Australia, Germany, Italy and the U.K will take part in the talks. The U.S. has asked coalition members to boost their military contributions in Iraq and Syria against IS after the deadly terrorist attack in Paris in November.