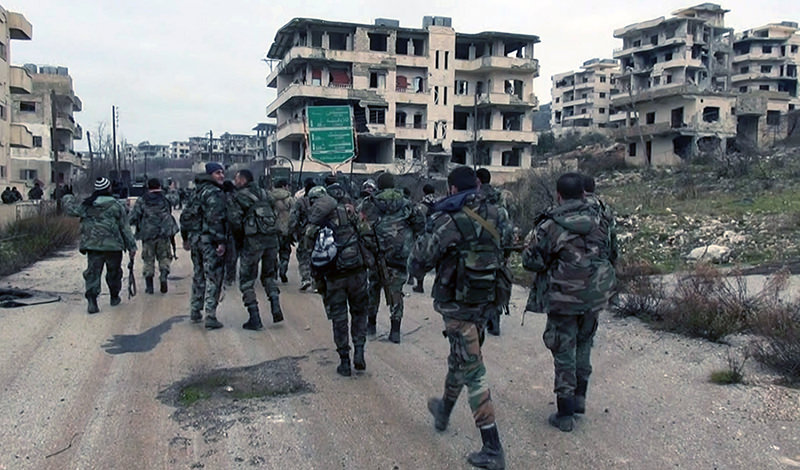 Citing a military source, state television said Assad's "forces, in coordination with the popular defence (militia), seized control of the town of Rabia."

The town had been held by the opposition since 2012 and was controlled by a range of rebel groups including some made up of Syrian Turkmen, as well as Al-Qaeda affiliate Al-Nusra Front.

According to the Syrian Observatory for Human Rights, Rabia fell on Sunday after a steady regime advance that left the town surrounded.

Abdel Rahman said senior Russian military officials were overseeing the battle for Rabia, and that Russian air strikes "played an essential role" in the fight.

With the capture of Rabia, government troops are closing in on rebel supply routes through the Turkish border to the north, he added.

Rabia's fall comes after government troops seized the strategic town of Salma on January 12, following months of operations to capture it from rebels who had held it since 2012.
Last Update: Jan 24, 2016 12:07 pm
RELATED TOPICS