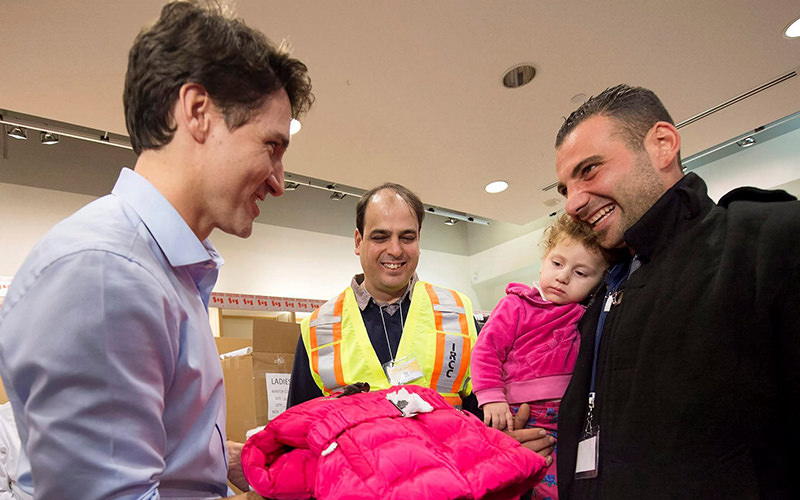 Canadian Prime Minister Justin Trudeau (Left) welcoming Syrian refugees at Lester B. Pearson Airport (Reuters Photo)
by reuters
Jan 27, 2016 12:00 am
Syrian refugees can be matched with Canadians keen to help them rebuild their lives under a new initiative that aims to aid some of the millions of Syrians uprooted from their war-torn homeland.

Under a newly launched government website, Canadians can register relatives who are Syrian refugees in Lebanon, Jordan and Turkey, bringing them to the attention of Canadians looking to help them resettle in North America.

Canada allows so-called private sponsorship under which ordinary citizens can pay for refugee care, lodging and other assistance for up to a year.

"It's kind of two worlds that are meeting each other that don't have a lot of ways to connect," she said.

"Canadians from coast to coast to coast have come together to help vulnerable Syrian refugees in a truly national effort," said John McCallum, Minister of Immigration, Refugees and Citizenship in a statement.

More than a third of nearly 14,000 Syrian refugees in Canada have been privately sponsored, according to the government.

The initiative will help the many people in Canada who have been looking for a way to help sponsor refugees, said Janet Dench, executive director of the Canadian Council for Refugees in Montreal.

"It's kind of filling a gap that has been noted for some time," she said.