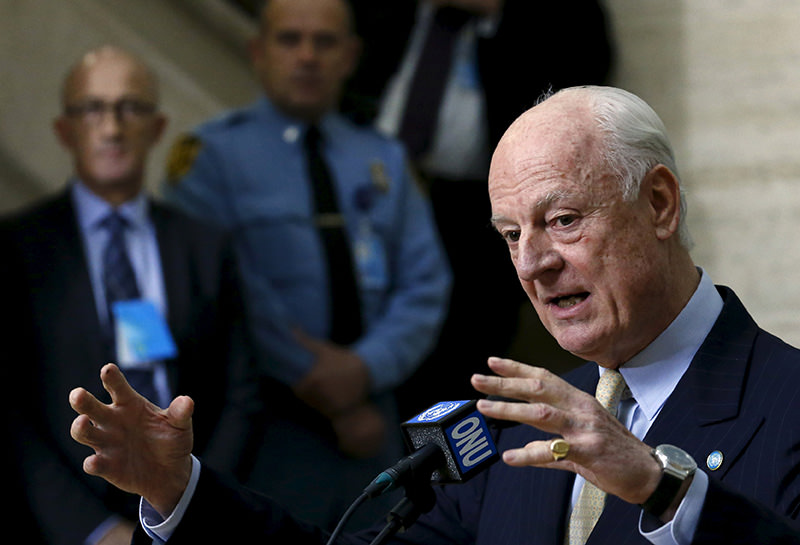 by Feb 01, 2016 12:00 am
The UN special envoy for Syria said Monday that talks on ending the civil war have now officially started, following his first formal meeting with the main opposition umbrella group in Geneva.

"We are starting officially the Geneva talks... The discussions are starting," Staffan de Mistura told reporters.

"We will meet the government tomorrow (Tuesday) and will invite the HNC (High Negotiations Committee) tomorrow afternoon to go deeper into the issues raised."

The Swedish-Italian diplomat said he expected the talks to be "complicated and difficult," but that Syria's people deserved to "see something concrete, apart from a long, painful negotiation."

He addressed reporters after wrapping up a preliminary meeting with the HNC, which arrived in Geneva on Saturday after days of deliberating whether they would attend.

"The first immediate objective is to make sure the talks continue and that everyone is on board," de Mistura said.

He could not comment on how long he expected the first round of talks to last, but said he hoped negotiations "achieve something" by February 11.

The devastating war in Syria has ravaged the country for nearly five years, killing more than 260,000 people and forcing millions to flee their homes.
Last Update: Feb 01, 2016 9:29 pm
RELATED TOPICS