Russia needs to give account of 400,000 people killed in Syria: President Erdoğan 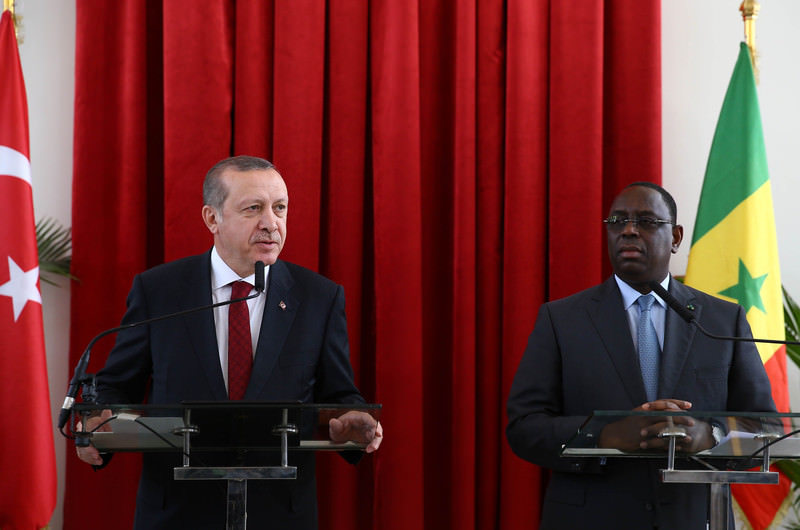 by Daily Sabah Feb 05, 2016 12:00 am
President Recep Tayyip Erdoğan has described Russian allegations about Turkey preparing military action in Syria as "laughable" and said the country needs to give an account of the 400,000 people that it killed in cooperation with the regime in Syria before accusing Turkey.

Speaking at a joint press conference with his Senegalese counterpart Macky Sall while on a state visit to the West African country on Friday, Erdoğan said "I found Russia's approach laughable. First of all Russia needs to give an account of the people that they killed in Syria. The number of people that they killed in cooperation with the regime has reached 400,000,"

The president also said Russia was engaged in an invasion of Syria and accused it of trying to set up a "boutique state" for its longtime ally Bashar Assad.

Air offensives by Russian fighter jets in Syria have recently been the source of diplomatic strain between Ankara and Moscow since a Russian SU-24 violating Turkish airspace was intercepted and shot down on Nov. 24 by Turkish F-16 fighters.

In a recent report, the Syrian Network for Human Rights asserted that Russian airstrikes had killed 583 people -- the vast majority of whom were civilians -- in the Syrian cities of Idlib, Aleppo, Hama and Homs and in rural areas such as Lattakia, Daraa and southern Damascus since it began its air campaign last September.

Turkey, which has taken in more than 2.5 million refugees fleeing the Syrian war, wants Assad out and says only his removal can bring long-term peace.
Last Update: Feb 06, 2016 10:23 am
RELATED TOPICS