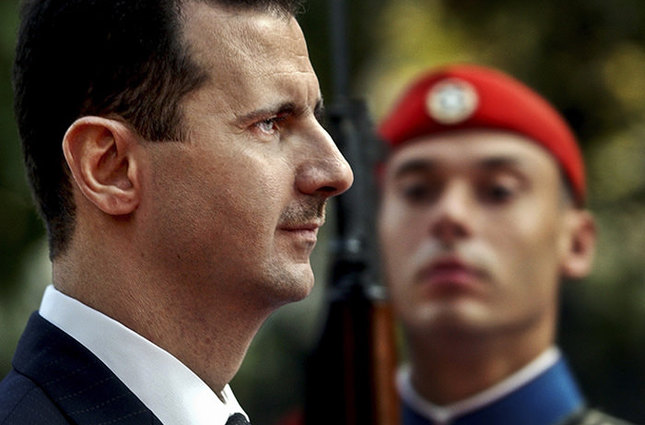 Syria's Bashar Assad (AP Photo)
by Feb 13, 2016 12:00 am
Syria's Bashar Assad is "deluded" if he thinks there is a military solution to the war in Syria, nearly five years into a brutal conflict that has killed more than 260,000 people, a US official said Friday.

In an exclusive interview with AFP released earlier, Assad vowed to recapture Syria as a whole and keep "fighting terrorism."

"He's deluded if he thinks that there's a military solution to the conflict in Syria," deputy State Department spokesman Mark Toner told reporters.

"All we're looking at, if the Syrian regime continues the fighting, is more bloodshed, more hardship and, frankly, a greater hardening of positions on either side."

The conflict has fueled the meteoric rise of Daesh group, which controls large swathes of the country.

Assad spoke hours before world powers agreed on an ambitious plan to cease hostilities in Syria within a week, but doubts soon emerged over its viability, especially because it did not include Daesh or Al-Qaeda's local branch.

"The proof is in the pudding," Toner cautioned, in reference to the deal.

"We need to see action on the ground on the part of those parties, and that includes the regime. That includes the opposition. They need to stop the fighting, and then we can determine who is part of this process and who is not."
Last Update: Feb 13, 2016 10:26 am
RELATED TOPICS