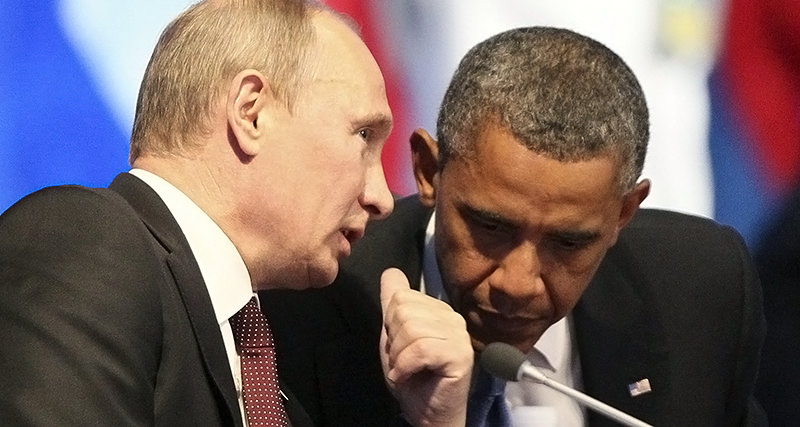 by Feb 14, 2016 12:00 am
Russian President Vladimir Putin and U.S. President Barack Obama agreed to intensify diplomatic and other cooperation to implement an agreement on Syria struck at talks in Munich, the Kremlin said on Sunday.

Major powers agreed on Friday to a temporary "cessation of hostilities" in Syria. The pause is due to begin in a week's time .

After phone talks between Putin and Obama on Sunday, the Kremlin said that both gave a "positive valuation" to the meeting on Syria in Munich on Feb. 11-12.

"In particular, a support was expressed to efforts of two target groups: for ceasefire and humanitarian aspects," the Kremlin said.

Kremlin added that during the talks, the need to establish close working contacts between Russia's and U.S. defence ministries was underlined, which would allow them to "successfully fight the Islamic State and other terroristic organisations."

The Kremlin also said that Putin spoke with Obama about the importance of creating a unite anti-terrorism front. They also discussed the situation in Ukraine, the Kremlin said.