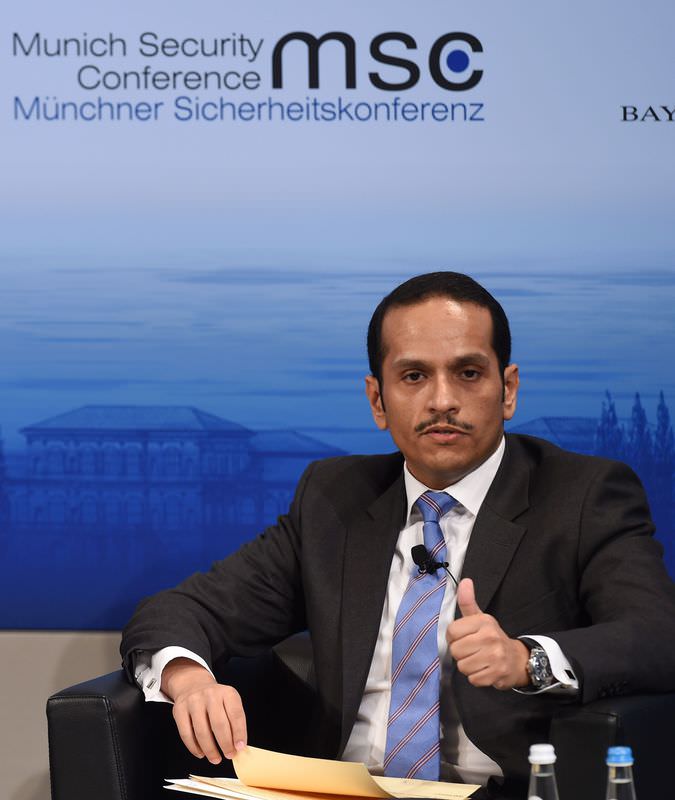 by Anadolu Agency Feb 14, 2016 12:00 am
Qatar became the latest Gulf state to signal its willingness to intervene in Syria with ground troops.

"In October 2015, our former foreign minister mentioned this clearly that if the coalition decided to do anything against Daesh, we are ready to do so," he said at a news conference. "This is something which was planned earlier."

Last week, Saudi Arabia and the United Arab Emirates announced their readiness to send troops to Syria under the umbrella of the U.S.-led anti-Daesh coalition.

Qatar joined the coalition in 2014 alongside nine other Arab nations. It has participated in airstrikes and supported the training and equipment of the moderate Syrian opposition.

Thani said the question of sending ground troops to Syria had gained urgency recently, although he did not specify the reasons.
Last Update: Feb 14, 2016 8:50 pm
RELATED TOPICS