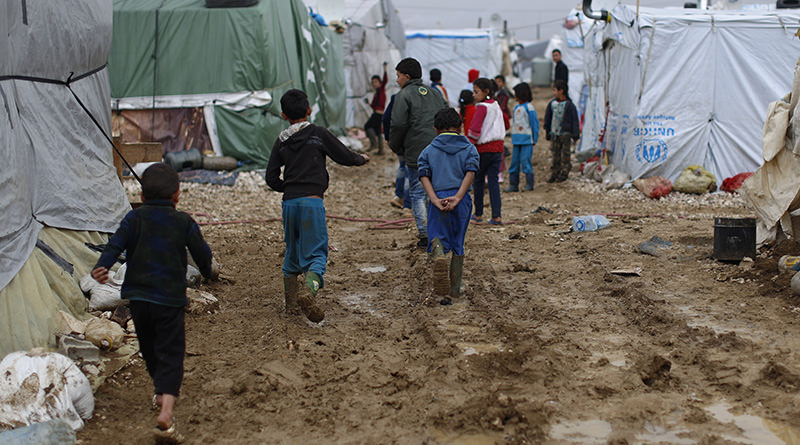 In this Monday, Jan. 4, 2016, file photo, Syrian refugee children walk in mud from the heavy rain at a refugee camp in the town of Hosh Hareem (AP Photo)
by Associated Press Feb 15, 2016 12:00 am
Lebanon's defense minister is urging the European Union to speed up assistance for the huge number of refugees from war-ravaged Syria that his country is now harboring.

Samir Moqbel says he has appealed to Cypriot President Nicos Anastasiades to convey the message to other EU member states to speed up assistance because "we need the help now and not in one year."

Moqbel said after talks with his Cypriot counterpart Monday that Lebanon cannot provide for the refugees' basic needs like medical care, education, electricity and food without help.

Lebanon is home to more than 1 million refugees fleeing the Syrian crisis.

Moqbel also asked that the EU hasten aid to Lebanon's armed forces in order to help them fight "terrorists all around our border."
Last Update: Feb 15, 2016 4:36 pm
RELATED TOPICS