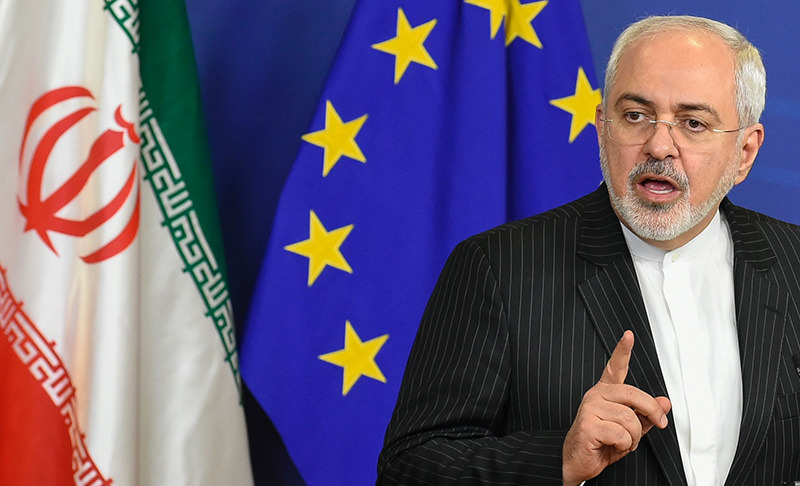 | AFP Photo
by Anadolu Agency Feb 15, 2016 12:00 am
Iran has urged world powers to stop "believing in the illusion" that there is a military solution to the conflict in Syria.

Speaking after a meeting with EU foreign policy chief Federica Mogherini in Brussels on Monday, Iran's foreign minister Javad Zarif said: "We believe there has to be general recognition by all parties that there is no military solution [in Syria]."

His comments came on the same day that Doctors Without Borders (MSF) blamed Iran's ally in Syria, Russia, for bombing hospitals including one supported by the charity, and schools in the northwestern part of the country, killing at least 50 people.

Last week, top diplomats from the International Syria Support Group meeting in Munich agreed to work toward a temporary "cessation of hostilities" and securing deliveries of humanitarian aid to besieged towns and villages.

But Zarif warned the agreed "cessation of hostilities" should not be used by world powers to mobilize their allies.

"[What] we agreed in Munich is cessation of hostilities not to pause to allow the allies of certain regions to regroup and that is extremely important," he said.

Zarif also warned countries should not use "diplomacy in order to provide a human shield for" for terrorist groups such as Daesh and al-Nusra in Syria.

"As soon as some of our regional neighbors understand this reality and abandon the illusion that they can take advantage of this in order to advance their political agenda-delusional as it may be - then we are moving towards realization of the comprehensive cessation of hostilities and cease-fire," he said.