US slams YPG for taking additional territory near Azaz 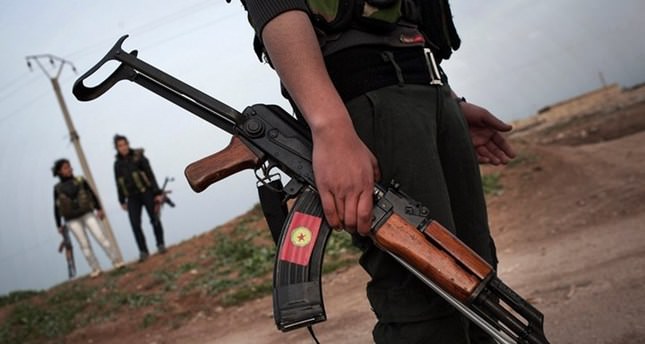 | FILE Photo
by Ragıp Soylu Feb 15, 2016 12:00 am
A U.S. State Department spokesperson slammed the Syrian Kurdish militia the People's Protection Units, or YPG, on Monday for its ongoing seizure of territory near Azaz, the Syrian opposition- held border town, calling the YPG offensive counterproductive and responsible for undermining collective efforts in Syria to defeat DAESH.

The YPG offensive heightens tensions with Turkey and Arab opposition forces, the official declared, with the latter also suffering incursions by Russian airstrikes and forces loyal to Syria's Bashar Assad.

According to the official who refused to provide her name due to diplomatic protocols, the U.S. reached out to both Turkey and the YPG's political wing -and also the PKK's Syrian offshoot- the Kurdish Democratic Union Party (PYD), in order to urge them to refrain from escalating tensions in the area.

Turkey continued its shelling against YPG positions near Azaz as Kurdish militia continued its advancement in Tall Rifat at the expense of Syrian opposition forces.

On Sunday the U.S. called the YPG to stop exploiting the current circumstances by seizing additional territory. Turkey was asked to show "reciprocal restraint" by ceasing artillery strikes, according to the White House readout on the phone call between Vice President Joe Biden and Turkish Prime Minister Ahmet Davutoğlu.

However, PYD Leader Salih Muslim later challenged this call and said that the YPG and their allied forces would not stop their offensive since Turkey continued its shelling on Monday.

The official also said: "We continue to express publicly and privately to the PYD and YPG our concerns when the YPG and Syrian opposition forces come into conflict. We continue to urge the PYD to administer inclusively, protect local populations and property, and promote and protect human rights. This is critical to hold and stabilize territory recaptured from ISIL," using a different acronym for DAESH.