At least 2,000 opposition fighters cross into Syria from Turkey 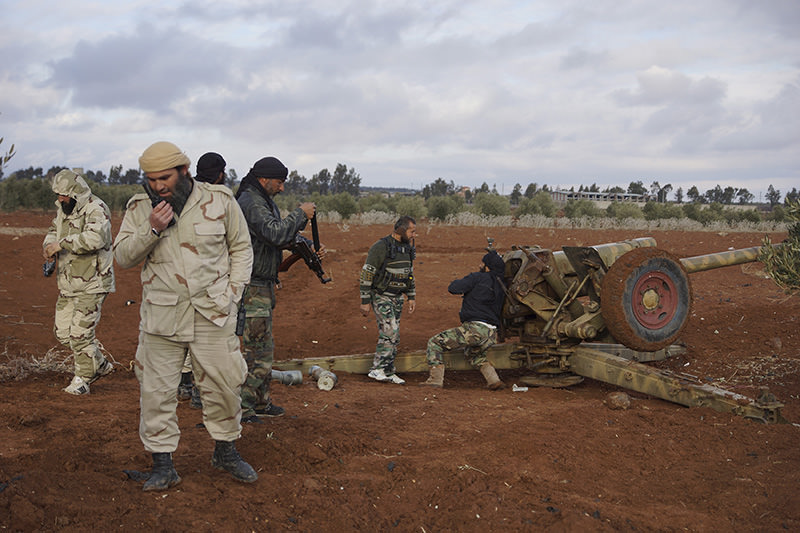 The opposition fighters headed into the embattled opposition stronghold of Azaz in the province of Aleppo with weapons and armored vehicles. Analysts believe the PYD is attempting to establish a Kurdish-dominated canton along Syria's border with Turkey, in aspirations to connect PKK-governed cantons in Northern Iraq and northern Syria.

The route through Turkey has become the only path for Syrian opposition fighters to cross the border to reach the northern Aleppo enclave, after recent Syrian army advances in northern Syria closed the lifeline for supplies to reach opposition territory.

The U.K.-based Observatory for Human Rights, which tracks violence across war-torn Syria, confirmed that hundreds of fighters had already crossed the border with weapons, headed to Azaz.

A U.S. State Department spokesperson slammed the PYD's armed wing, the People's Protection Units (YPG), on Monday for its ongoing seizure of territory near Azaz, calling the YPG offensive counterproductive and responsible for undermining collective efforts in Syria to defeat DAESH.

On Sunday, the U.S. called on the YPG to stop exploiting the circumstances to seize territory. Turkey was asked to show "reciprocal restraint" by ceasing artillery strikes, according to the White House transcript of a phone call between Vice President Joe Biden and Turkish Prime Minister Ahmet Davutoğlu.

The State Department spokesperson also said, "We continue to express publicly and privately to the PYD and YPG our concerns, when the YPG and Syrian opposition forces come into conflict. We continue to urge the PYD to administer inclusively, protect local populations and property, and promote and protect human rights. This is critical to hold and stabilize territory recaptured from ISIL [DAESH]."