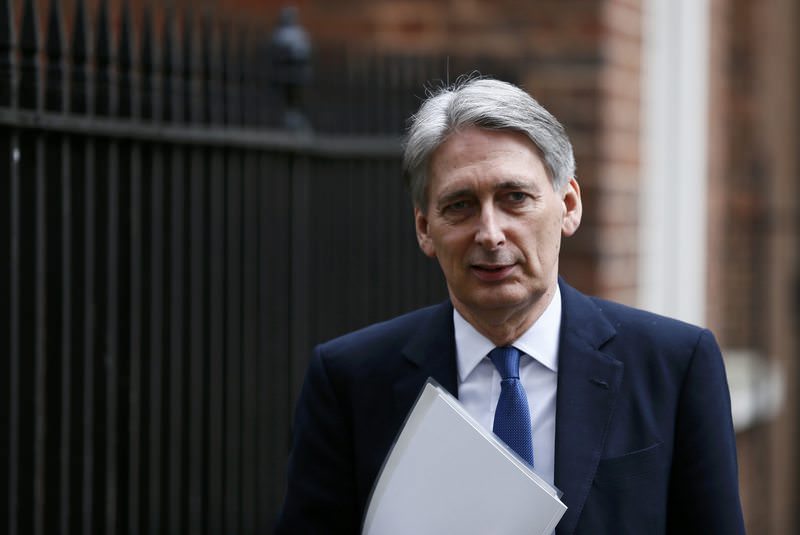 by Daily Sabah with Agencies Feb 23, 2016 12:00 am
The United Kingdom Foreign Secretary said on Tuesday it had seen disturbing evidence that the PYD/YPG were coordinating with the Syrian regime's Bashar Assad and the Russian air force.

"What we have seen over the last weeks is very disturbing evidence of coordination between Syrian Kurdish [YPG/PYD] forces, the Syrian regime and the Russian air force which are making us distinctly uneasy about the Kurds' role in all of this," Foreign Secretary Philip Hammond told the British Parliament.

Recognizing Turkey's concerns over support for Syrian groups linked to the PKK, which has been fighting a 32-year insurgency against Turkey, Hammond said: "Turkey has a problem with links between the PKK and Syrian Kurdish groups, [the] PKK being a terrorist group designated as such in Turkey and indeed in the U.K.

"And there are overlaying conflicts here and the Turkish-Kurdish conflict is a major complicating factor.

Meanwhile, Foreign Secretary added that the Syrian cease-fire agreed upon in Munich will only succeed if it is observed by the Assad regime.

Speaking after world and regional powers, led by the United States and Russia, agreed on a plan to reduce violence in Syria within a week, Philip Hammond said Russia would have to stop bombing opposition groups from the air.

He said in a statement on Friday morning: "The International Syria Support Group (ISSG) meeting in Munich committed members to achieving a cessation of hostilities within a week, to delivering humanitarian assistance to named besieged communities by this weekend, and to facilitating rapid progress in negotiations aimed at political transition.

"If implemented fully and properly by every ISSG member, this will be an important step towards relieving the killing and suffering in Syria. But it will only succeed if there is a major change of behavior by the Syrian regime and its supporters.

"Russia, in particular, claims to be attacking terrorist groups and yet consistently bombs non-extremist groups including civilians. If this agreement is to work, this bombing will have to stop: no cessation of hostilities will last if moderate opposition groups continue to be targeted."

The Syrian envoy to the U.N. said on Feb. 17 that the PKK's Syrian affiliate, YPG/PYD enjoys the support of not just the U.S. but also the Assad regime.

The session, following which no action was taken, was held at the request of Russia.

"The victory achieved in the northern part of Syria, both by the Syrian army and the Syrian Kurds, is a joint victory for all Syrians. Everybody is benefiting from the Syrian army's direct support," Ja'afari said.

A recent row between Turkey and the U.S. – longtime NATO allies – centers on Washington's objection to describing the PYD/YPG as a terrorist group. Ja'afari's statement marked one of first direct acknowledgement by the Syrian regime of its cooperation with the PYD/YPG.
Last Update: Feb 23, 2016 4:35 pm
RELATED TOPICS