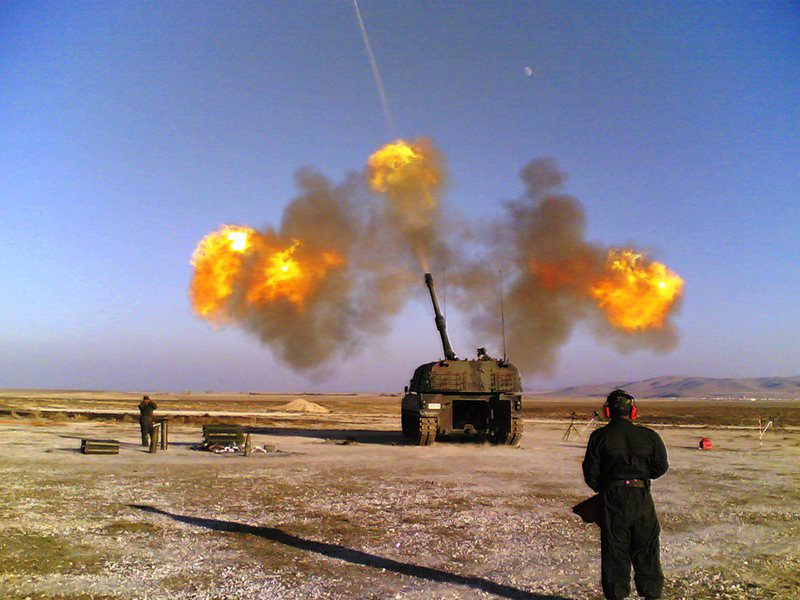 Turkish broadcaster NTV reported that approximately 50 to 60 rounds of howitzer shells were fired into Syrian territory.

The cease-fire in Syria does not include Daesh, Nusra Front and other al-Qaida affiliates.

The operation took place while there was an ongoing Cabinet meeting in Ankara in which ministers discussed anti-terror measures.

Daesh militants had attacked the Syrian town of Tel Abyad controlled by the YPG militia at the Turkish border as well as the nearby town of Suluk on Saturday.

While a U.S. and Russian sponsored "cessation of hostilities" came into effect in Syria over the weekend, the U.S.-led coalition and Russia reserve the right to continue attacks against Daesh or the al Qaeda affiliate the Nusra Front.

President Tayyip Erdoğan said on Monday that the ceasefire covered only one third of Syria, but that he hoped it would be expanded to the whole country.

The countries sponsoring the Syria peace process met in Geneva on Monday amid complaints that the cessation of hostilities was unravelling.