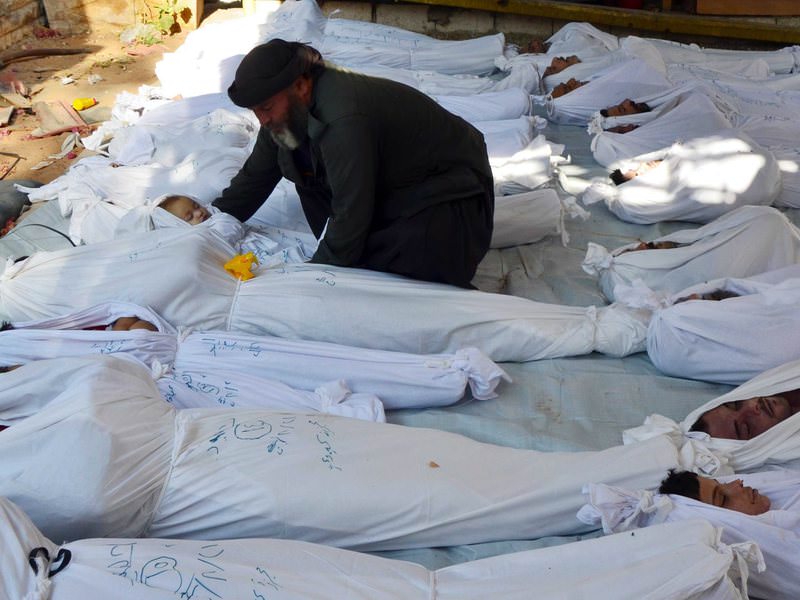 by Daily Sabah with Reuters Mar 01, 2016 12:00 am
Israel said on Tuesday that forces loyal to the Assad regime have used chemical weapons against civilians since the start of a ceasefire aimed at preparing the way for an end to the five-year civil war.

The truce, sponsored by Russia and the United States, began on Saturday and has been dogged by opposition charges of non-compliance by Damascus - something Bashar Assad has denied. It does not apply to missions against Daesh and Al-Nusra terrorist organizations.

"The regime used military grade chemical weapons and lately have been using materials, chlorine, against civilians, including in these very days, after the supposed ceasefire, dropping barrels of chlorine on civilians," Israeli Defence Minister Moshe Yaalon said in a speech to a conference organised by the New Tech military and aviation group in Airport City, near Tel Aviv. He did not provide further details.

Israeli Prime Minister Benjamin Netanyahu welcomed the Syria truce efforts on Sunday but said his country might still carry out attacks in the neighboring Arab state to thwart any threats to its security.

A fact-finding mission of the global chemical weapons watchdog (OPCW) concluded in 2014 that the use of chlorine gas has been "systematic" in the Syrian civil war, even after the country surrendered its stockpile of toxic weapons.

Both sides have denied using chlorine "barrel" bombs, which the OPCW said are dropped out of helicopters. The Assad regime is the only party in the conflict known to have helicopters.

A joint mission by the United Nations and the OPCW is currently investigating who is responsible for the chemical attacks.
Last Update: Mar 01, 2016 10:28 pm
RELATED TOPICS