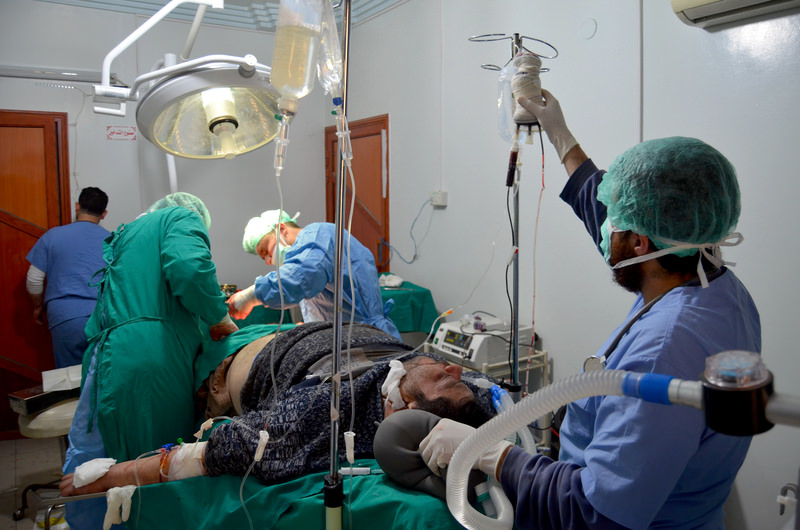 by Daily Sabah with AA Mar 01, 2016 12:00 am
At least six civilians were killed and eight others injured on Tuesday by Russian airstrikes that hit targets in Syria's northwestern Idlib province, according to a local source.

A local civil defense official told Anadolu Agency that the airstrikes had killed six people and injured eight others in Idlib's moderate opposition-held city of Jisr al-Shughur where there is no Daesh presence.

According to a statement issued this week by the pro-opposition Syrian Institute of Justice, an NGO based in the northwestern city of Aleppo, Russian airstrikes in the Aleppo province killed a total of 390 people -- including 103 children -- in February alone.

Opposition groups have been trapped inside Aleppo city since last month, when regime forces closed a humanitarian aid corridor linking it to Turkey.

Russia's ongoing air campaign in Syria, which has just entered its sixth month, escalated in February but briefly subsided after a cessation-of-hostilities agreement went into effect last week.

A total of 97 armed opposition groups, including the Free Syrian Army, have said they would adhere to the truce for a two-week period.
Last Update: Mar 02, 2016 12:03 am
RELATED TOPICS