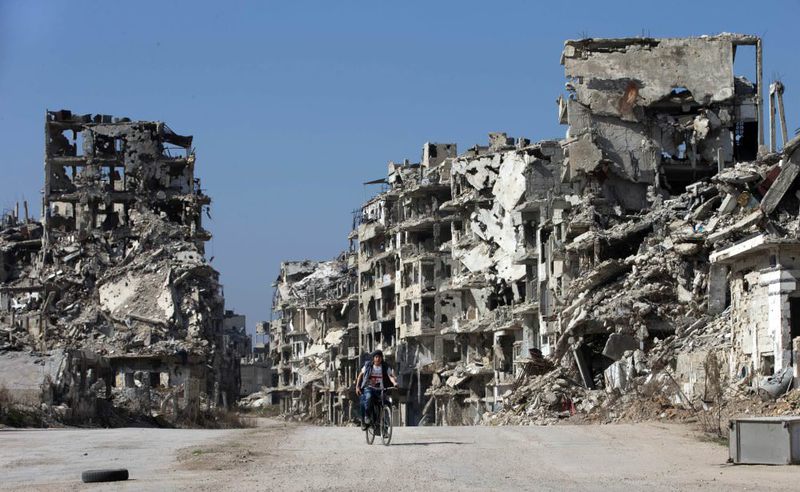 HNC Chairman al-Zoubi said that the Assad regime is increasingly violating the recently reached cease-fire in Syria. He said that they will struggle for Syria's unity as a response to the latest statements from Moscow about turning Syria into a federal state

The Bashar Assad regime in Syria is increasingly violating the truce that came into effect at midnight on Friday, said the head of the High Negotiations Committee (HNC) Assad al-Zoubi. Speaking to Orient News, Zoubi said that negotiations with the Assad regime are conditional on the transfer to a transitional government with full powers. Responding to a statement yesterday by Russian Deputy Foreign Minister Sergei Ryabkov who said that Syria could become a federal state, Zoubi said that the remark showed Moscow's intentions to divide Syria.

An HNC spokesman said letters will be sent to the U.N. and foreign ministers to complain about Russian airstrikes around Aleppo and attacks by Hezbollah in Zabadani, including shelling in Latakia province.

The spokesman added that the HNC has asked the U.S. for information about how truce monitoring works, but has yet to receive an answer.

The HNC accepted the cease-fire "for two weeks" in a statement released on Wednesday. "After HNC general coordinator Riad Hijab presented the results of his discussions with opposition factions across all fronts, we agreed to respond positively to international efforts to reach a truce deal."

But the HNC's "commitment to the truce is conditional" on the Syrian regime lifting sieges, releasing prisoners, halting bombing civilians and the delivery of humanitarian aid.

Despite the declaration of a cease-fire, airstrikes were reported on the second day, by what is thought to be Russian or Syrian aircraft in Aleppo and Hama provinces and the Turkmen-populated region of Bayırbucak.

According to the Syrian Observatory for Human Rights, warplanes, which are thought to be either Syrian or Russian, bombed seven villages in the provinces of Aleppo and Hama on Saturday. Rami Abdel Rahman, the head of the Britain-based monitor, said one person was killed in Aleppo.

Rahman said the identification of the aircraft is not certain: "We do not know which planes carried out the strikes, and we are also not sure if this is considered a cease-fire breach because it is not clear if these towns are included in the truce."

Local coordination committees have said the warplanes were Russian.

Airstrikes also hit the villages and towns of Qabtan al-Jabal, Andan, Hreitan, Kfar Hamra and Maaret al-Arteek – all on the province's west side where insurgents from the Free Syrian Army who are covered by the truce have conducted operations. Syria's state media did not mention the strikes and Russia's Defense Ministry declined to comment.

Russia has waged nearly five months of intense airstrikes in support of Assad, but said on Saturday that it had halted bombing in all areas covered by the truce, adding that it will continue striking DAESH, al-Qaida-affiliated al-Nusra Front and other groups Russia designates as terrorists.

Under the U.S.-Russian accord, accepted by Assad's government and many of his foes, fighting should cease so aid can reach civilians and talks can open to end the war that has killed more than 250,000 people and made 11 million refugees. The truce seemed largely to be holding, although opposition fighters reported what they described as occasional regime violations. One commander warned that if unchecked, the breaches could lead to the agreement's collapse.
RELATED TOPICS