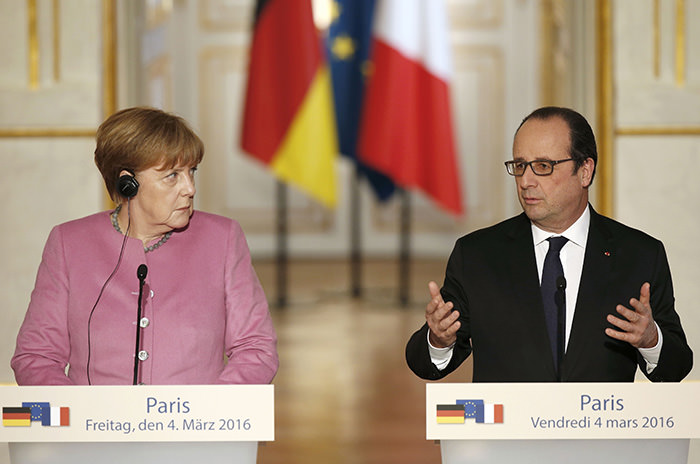 "The idea that there could be elections (in April) is not just provocative but totally unrealistic," Hollande said after meeting in Paris with German Chancellor Angela Merkel.

Assad's decree for parliamentary elections to be held on April 13 was issued shortly after Washington and Moscow announced a ceasefire plan for Syria.

Also on Friday, Assad's ally Russian President Vladimir Putin told the leaders of Britain, France, Germany and Italy during a conference call that the plan to hold April polls "does not interfere with steps to build the peace process".

At a November meeting in Vienna, world powers agreed on an ambitious but yet to be implemented road map that foresees six months of intra-Syrian talks, leading to a new constitution and free elections within 18 months.
Last Update: Mar 04, 2016 2:43 pm
RELATED TOPICS