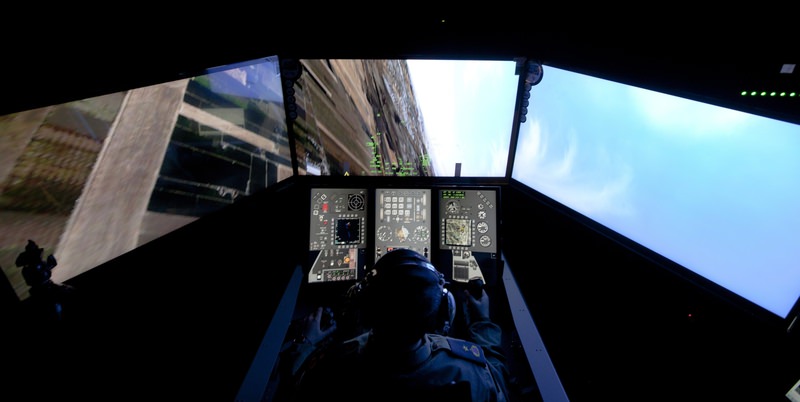 by Mar 04, 2016 12:00 am
Denmark's minority government on Friday secured parliamentary backing for redeploying F-16 fighter jets in airstrikes against Daesh in Iraq and to widen the mission to include Syria.

Prime Minister Lars Lokke Rasmussen made the announcement after a meeting of parliament's Foreign Affairs Committee, citing the need to target the terrorist group with greater force.

Committee members agreed that Denmark would also deploy a military transport plane and a special forces unit, in addition to the seven F-16 jets.

The 400-strong Danish contingent, including pilots and technicians, is expected to be in place in June and be operational for a six-month period.

"The security risk is high or very high but that is what we train special forces for," Foreign Minister Kristian Jensen told reporters.

He added that the Danish forces were to target Daesh fighters; not other terrorist groups or the Syrian army.

Jensen said Denmark had received requests for military support from the United States, among other countries.

The jet fighters were recalled in October to Denmark when their year-long mission ended in Iraq.

Under the previous mandate, the seven F-16 jets that Denmark contributed to the international coalition were only authorized to operate in Iraqi airspace.

The center-right government was supported by its parliamentary backers - the Danish People's Party, the Liberal Alliance and the Conservative Party - as well as the main opposition Social Democrats and the Social Liberals.

"It is not adequate that we can attack ISIL [Daesh] in Iraq and that they can escape to safety in Syria," said Nicolai Wammen, former defense minister and Social Democratic member of parliament.

The Danish Parliament in November approved sending a mobile radar system to monitor airspace in Iraq and Syria, where US-led forces are targeting Daesh.