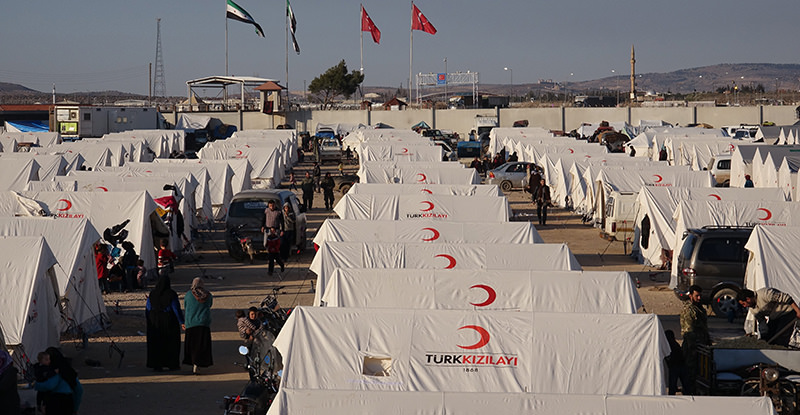 | AA Photo
by Mar 04, 2016 12:00 am
The European Union said Friday that it is ready to hand over 95 million euros (104 million dollars) in refugee aid to Turkey, under a deal that foresees the country curbing refugee flows.

"Europe needs Turkey in order to address this issue," EU Migration Commissioner Dimitris Avramopoulos told journalists in Brussels. "[There are] the very first signs of this cooperation ... bearing fruit and we encourage Turkey to move ahead on what we have decided."

The funds being released include 55 million euros to help Syrian schoolchildren in Turkey access formal education and 40 million euros for the World Food Programme so that it can deliver food aid to 735,000 Syrian refugees.

"Children of Syrian refugees in Turkey need access to formal education so that they can hope to build a normal life in the future," said the EU's commissioner for neighbourhood policy, Johannes Hahn, who was visiting refugee camps in Turkey on Friday.

The EU has promised Turkey a total of 3 billion euros in refugee aid as part of its deal with Ankara. The agreement also foresees closer ties between the EU and Turkey.

Ankara for instance hopes that the EU will liberalize its visa regulations for Turkish citizens by October. The commission said in a new report issued Friday that Turkey has accelerated prerequisite reforms, but that it still needs to undertake further measures - for instance the issuance of passports featuring fingerprints.

"The Turkish authorities have showed a renewed determination and commitment to the visa liberalization dialogue," Avramopoulos said. "I trust Turkey will implement as a matter of urgency the priority measures identified in today's report."

Turkey and the EU are due to further discuss their response to the refugee crisis during a special summit in Brussels on Monday. The country has been the main gateway to Europe for refugees and asylum seekers, more than 1 million of whom arrived by sea last year.
Last Update: Mar 04, 2016 3:15 pm
RELATED TOPICS