Refugee crisis not only Turkey and Greece's problem: Turkish FM 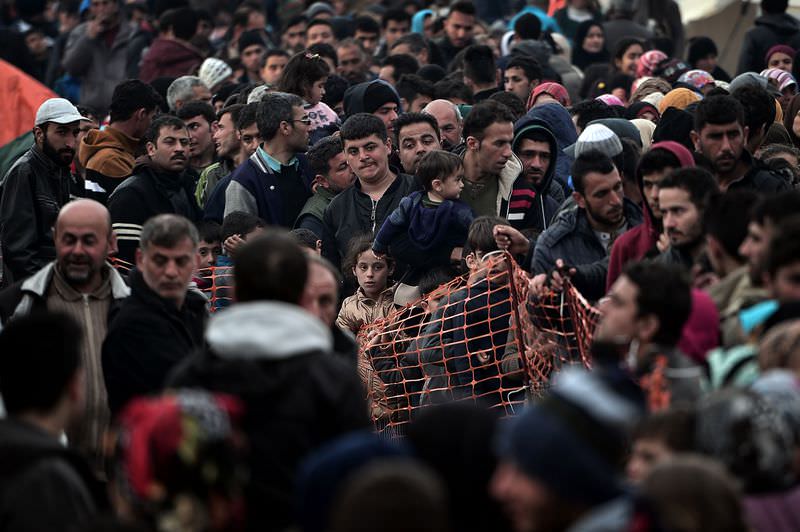 by Anadolu Agency Mar 04, 2016 12:00 am
Refugee crisis is not just a problem for Turkey and Greece, Turkish Foreign Minister Mevlüt Çavuşoğlu said during his official visit to Athens Friday.

Addressing a joint press conference alongside his Greek counterpart Nikos Kotzias following their meeting at the Greek Foreign Affairs Ministry, Çavuşoğlu said the impact of the refugee crisis on Turkey and Greece has been huge.

"The situation in Syria and Iraq has enormous humanitarian consequences for Greece and Turkey," the Turkish foreign minister said.

Kotzias said: "We both agreed that the refugee issue is a global one that concerns all of Europe".

The two ministers exchanged views on refugee crisis during their meeting, which came ahead of the extraordinary EU summit to be held in Brussels on Monday.

The two sides also reviewed bilateral relations ahead of the Greek-Turkish High-Level Cooperation Council meeting in Izmir, where prime ministers of both countries were due to meet.

"Turkey wants to cooperate with Greece; we should take advantage of every chance in order to deepen the current framework of cooperation," he added.

Kotzias appreciated the frank and open discussions with his Turkish counterpart.

"We are working on developing the Greek-Turkish relations on the basis of good neighborly relations and respect for the international law," he said.

"We also discussed cooperation between the two countries in the operational NATO plan in order to tackle the refugee issue," he added.

The Turkish foreign minister expressed his gratitude for having a discussion with his Greek counterpart, saying Kotzias is "someone I truly appreciate and refer to him as friend".

"We both agree," said Çavuşoğlu, that it is not just enough to sign agreements but we must also implement these agreements in order to deepen our bilateral relations.

We also spoke of projects that will further help our bilateral relations; the Izmir-Thessaloniki link, in addition to the TAP and TANAP projects, the Turkish minister added.
Last Update: Mar 05, 2016 9:29 am
RELATED TOPICS