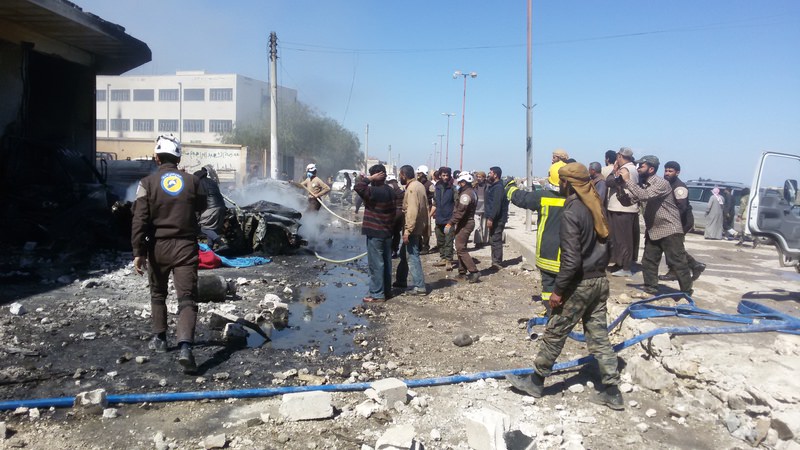 by Anadolu Agency Mar 07, 2016 12:00 am
At least 15 people were killed in a regime attack in Syria's northwestern Idlib province Monday, local sources have said.

The attack has left several shops in flames, the sources said, while many of the injured admitted to hospitals were suffering from serious burns.