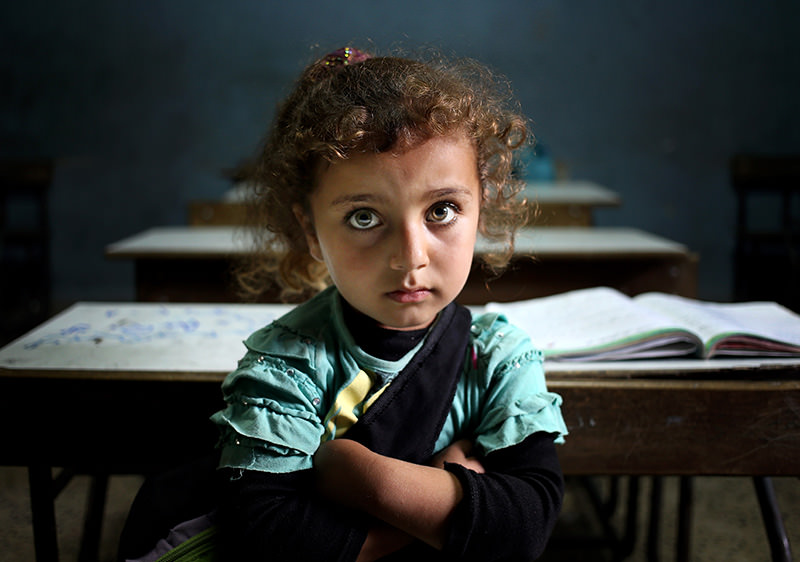 Syria's five-year-old conflict has created 2.4 million child refugees, killed many and led to the recruitment of children as fighters, some as young as seven, U.N. children's fund UNICEF said on Monday.

Its report "No Place for Children" said more than 8 million children in Syria and neighboring countries needed humanitarian assistance, with the international response plan for Syria chronically underfunded.

"Twice as many people now live under siege or in hard-to-reach areas compared with 2013. At least two million of those cut off from assistance are children, including more than 200,000 in areas under siege," it said.

The U.N. says more than 450,000 people are under siege. Cases of starvation have been reported this year in areas surrounded by government forces and their allies near Damascus, and by Islamic State in eastern Syria.

UNICEF said 400 children were killed in 2015. A separate report on Friday by a number of aid groups, including Oxfam, said U.N. figures showed at least 50,000 people had been killed since April 2014.

"A trend of particular concern is the increase in child recruitment," UNICEF said.

"Children report being actively encouraged to join the war by parties to the conflict offering gifts and 'salaries' of up to $400 a month."

Since 2014, warring sides have recruited younger children, it said, some as young as seven. More than half of children recruited in cases UNICEF verified in 2015 were under 15.

Children have been filmed executing prisoners in grisly propaganda videos by the Islamic State group.

"Half of all medical staff have fled Syria and only one third of hospitals are functional. Each doctor used to look after the needs of around 600 people - now it's up to 4,000," UNICEF said.

Syria's neighbors host the vast majority of its 4.8 million refugees. Europe hosts an eighth of the number residing in those countries, it said.

"To varying degrees, these states - which should play a key role in ending the suffering in Syria - are actively contributing to that very suffering," it said.

U.N.-brokered peace talks open on Monday in Geneva to seek an end to a conflict that has killed more than 250,000 people.