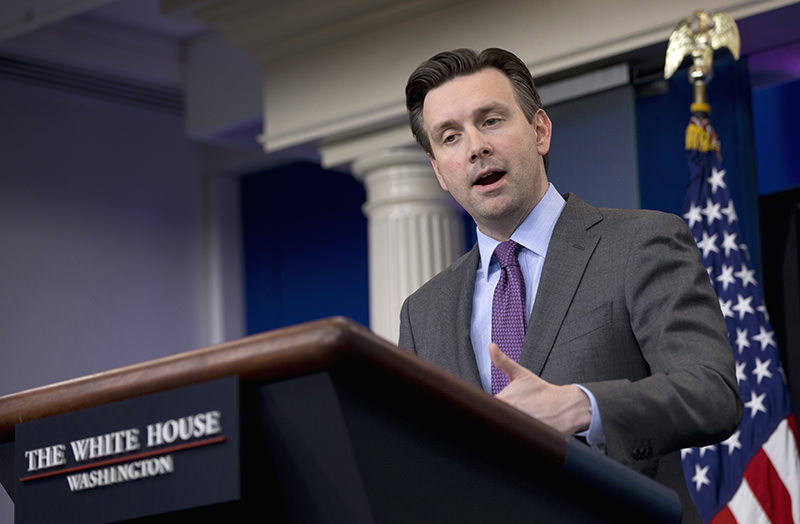 "We will have to see exactly what Russia's intentions are," White House spokesman Josh Earnest said minutes after Putin's televised comments.

Putin ordered his defense minister to begin withdrawing from Tuesday "the main part of our military contingents from the Syrian Arab Republic."

His shock announcement -- after months of operations to prop up Assad's regime -- was greeted with skepticism by many observers.

Putin launched air strikes in September followed by a massive troop deployment, turning the tide of a long and brutal war in Assad's favor, rescuing his regime from the brink of collapse.

But there was also some hope Putin's latest gambit could signal a willingness to accept Assad's exit or lead to a breakthrough in peace talks in Geneva, which began Monday.

Opposition groups, the United States and key European countries have called on Assad to go as part of a negotiated transition.

"We have talked about how Russia's continued military intervention to prop up the Assad regime made the efforts to reach a political transition even more difficult," said Earnest.

"It's hard for me to assess what sorts of implications this will have on the talks what sort of change it will bring about to that dynamic."

Meanwhile, Syria's main opposition hailed the Kremlin's withdrawal announcement, but said it would wait and see what impact the order would have on the ground.

"We must verify the nature of this decision and its meaning," Salem al-Meslet, spokesman for the opposition High Negotiations Committee told reporters in Geneva.

"If there is a decision to withdraw the (Russian) forces, it is a positive decision, and we will see it on the ground (but) does this decision mean removing forces or just reducing the number of aircraft in Syria, (that) we will have to check," he said.